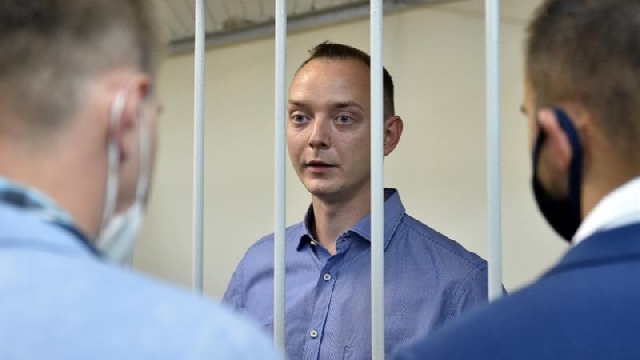 Russia has charged former military journalist Ivan Safronov with state treason, accusations that have sent a chill through Russia’s media community which has protested against what it said is his unfair treatment.

The move came on Monday, following the arrest last week over the accusation that Safronov, – who left journalism and in May became an adviser at Russia’s space agency – passed military secrets to the Czech Republic.

He faces up to 20 years in jail if found guilty of a charge he denies.

Police took about a dozen journalists in custody on Monday after they gathered outside Safronov’s detention facility to offer their support in a case they said is shrouded in unacceptable secrecy.

Details are sparse given its sensitive nature and his trial is likely to be held behind closed doors.

Ivan Pavlov, his lawyer, said last week that the information he is accused of handing over concerned Russian arms deliveries to the Middle East and Africa.