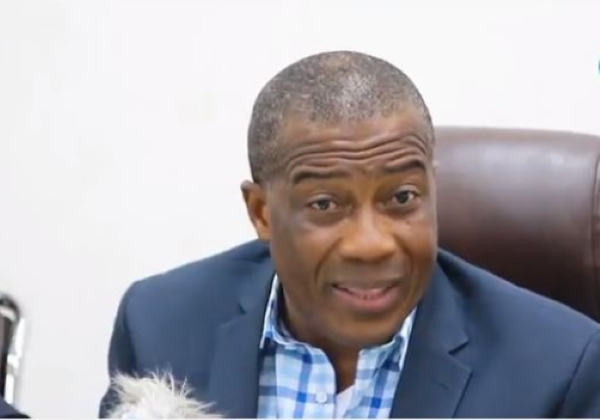 The Banker to Banker Lotto Writers’ Association of Ghana (BBLWA) has threatened to hit the streets if President Nana Addo Dankwa Akufo-Addo fails to remove the current boss of the National Lottery Authority (NLA), Osei Ameyaw from office.

The association has accused Mr Ameyaw as working against them to take away their source of livelihood.

In a statement issued by the association, the Banker to Banker Lotto Writers accused the NLA boss of only thinking of “enriching himself and not the betterment of the good citizens of the country.”

“Due to the current leadership at the NLA, series of complaints were raised by the lotto writers and reported to their lotto directors to address but the directors have always failed to address because they are afraid that, their business will be collapsed by the NLA boss.”

The association continued that although it is clear that they make their daily bread to fend for their families from lotto writing, “the NLA boss has now handed over” their business to telcos which is affecting their work.

“Our business has been handed over to MTN Ghana and for this matter, we hardly make money like we used to in our various shops. To ensure full compliance of legal processes of our business, the association followed the due process by paying the said amount charged to the NLA boss, Mr Osei Ameyaw, an amount of one million Ghana cedis (1,000,000.00) was taken from our coordinators in the name of helping bring back our businesses but to no avail and we have been waiting to hear from the government to come and give us explicit explanations on why the MTN company of Ghana has taken over our business and nothing has been done about it,” the association stated.

It further questioned the intentions of the government about their future and source of livelihood.

The association has, therefore, given the government “a two-week ultimatum to address” its plea before it takes its next step.

“We demand that the NLA boss should be sacked in order to serve as an example for others that might engage the NLA boss position, but if the government refuse to listen to our demand, we will hit the streets of the various regions with a massive demonstration against”, the Nana Akufo-Addo-led government.