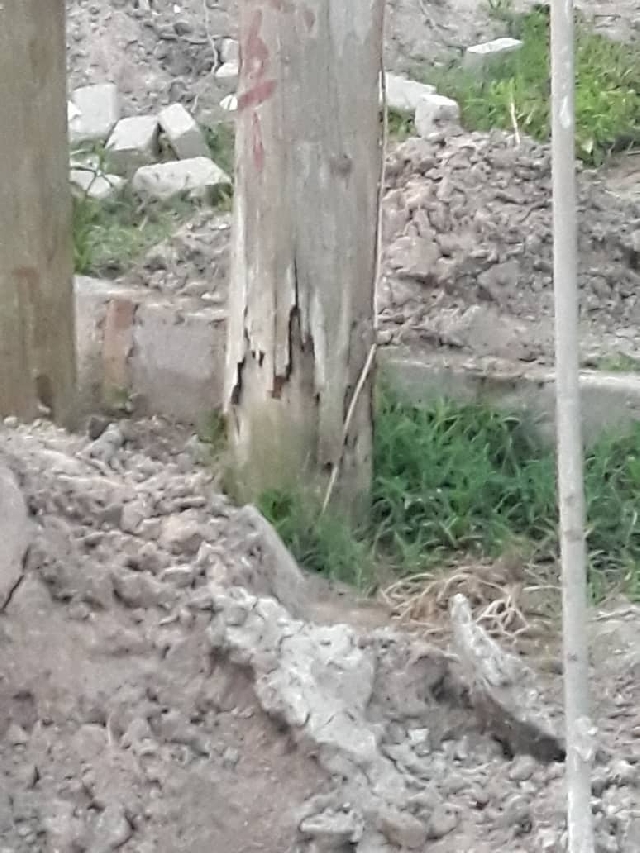 The pole is on the verge of collapse

Danger looms over some residents at Sakumono, as an electricity pole, which is on the verge of collapse, has been left unattended to in the middle of the road.

The leaning pole could succumb to gravity anytime.

It poses a threat to pupils in the area, as it is located close to the Christ Preparatory School and JHS at Sakumono.

One resident, who spoke to Class News’ Isaac Ohene, said he has made several contacts to the Electricity Company of Ghana to deal with the situation but whenever he goes there to complain, officials of the power distribution company only ask him to take a picture of the pole and bring it to the station.

Other residents within the enclave fear the pole, which conveys live electricity, could trigger a fire outbreak or electrocute passersby should it fall eventually.

They are, therefore, calling on the District Chief Executive of the area, the ECG and others responsible for such situations, to deal with it before it is too late.