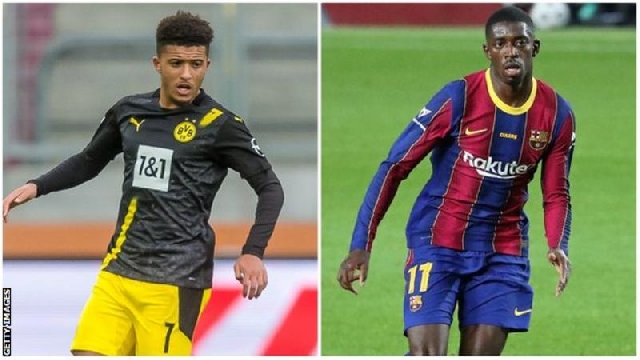 United made England winger Sancho, 20, their number one transfer target.

Dortmund repeatedly said they would not sell once their own 10 August deadline for a deal passed.

United have not abandoned efforts to sign Dembele on loan but it is thought he would prefer a permanent move.

France international Dembele, 23, cost Barcelona up to £135.5m when he joined them from Borussia Dortmund three years ago.

However, injury and loss of form mean the player has failed to make the impact expected at the Nou Camp.

Something ‘ extraordinary’ needed for Sancho deal

Dortmund’s deadline for a Sancho deal was regarded as arbitrary by United and the Premier League club felt there was still a chance of completing the transfer.

There was no agreement over a fee though – and Dortmund’s stance has not changed.

BBC Sport understands that remains the case, meaning it would take something quite extraordinary for a transfer to be agreed at this late stage.