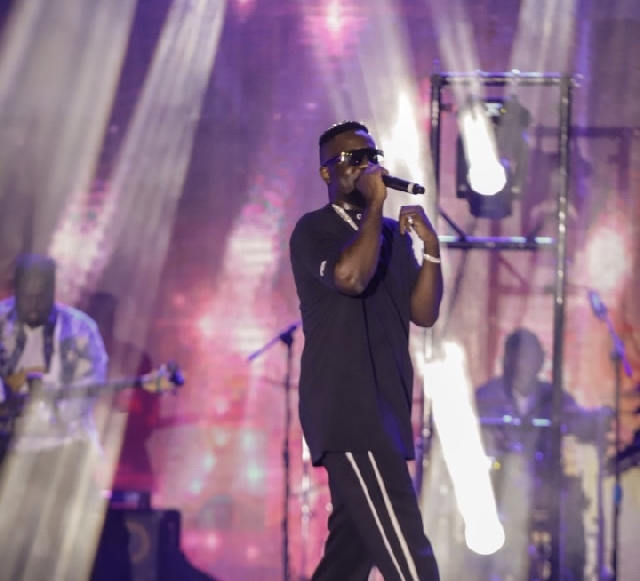 Multiple award-winning Rapper Sarkodie has apologised to his fans, followers and music lovers who could not have access to the Ceek Virtual platform.

The Ceek website, which was supposed to stream the Sarkcess Music boss’ Blacklove Virtual Concert live on Sunday 16 August 2020 experienced some hitches due to heavy traffic.

In a statement signed by the Sarkcess Music label on Monday 17 August 2020, the Oofeetso hitmaker apologized to patrons, fans and followers who had registered to watch the much anticipated show.

“Unfortunately and indeed, much to our surprise, the numbers that signed on globally exceeded expectation so much it overwhelmed the Ceek platform rendering it unable to operate as designed,” “This glitch made it impossible for many fans to experience the concert as planned and for this, we deeply apologise,” he said.

Due to the technical hitches, patrons had to be directed to Ceek Facebook page.

Sarkodie expressed gratitude to those who were able to catch it on the Ceek Facebook page and other social media platforms that aired it.

Those who missed it were entreated to continue following Sarkodie on all social media platforms for an announcement of the repeat broadcast date and schedule.

The statement reiterated the love and support shown to the Sarkodie brand over the years, while touting how great in numbers the brand is.

“We have never doubted the love and support of Sark Nation and the Sarkcess family, but the evening of August 2020 reiterated just how mad your love and support for Sarkodie is. Though unfortunate the turn of events sends us a positive signal on how powerful we a as a nation (Sark Nation),” the statement noted.

The Blacklove Virtual Concert brought together some of the finest music talents in Ghana, mostly those who featured on Sarkodie’s fourth studio album of 15 tracks released in 2019.