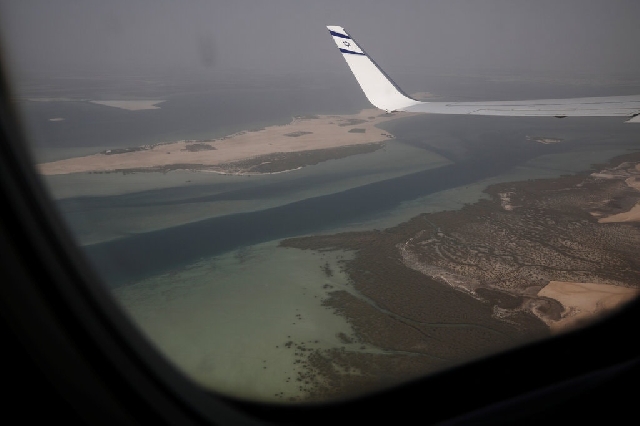 The decision to allow all flights to and from the United Arab Emirates to cross Saudi airspace came after the first direct flight between Israel and the U.A.E. as relations warm between the two countries.

Saudi Arabia announced Wednesday that it would allow any flights going to and from the United Arab Emirates to fly over its territory, a move that would give Israel access to some of the kingdom’s airspace for the first time.

The announcement, made at the request of the United Arab Emirates, came days after the first direct flight from Israel to the emirates — a symbolic move as the two nations begin normalizing relations.

Prime Minister Benjamin Netanyahu of Israel, in a video statement delivered while standing in front of a map of the region, called the announcement a “tremendous breakthrough.”

“Flights will be cheaper and shorter, and it will lead to robust tourism and develop our economy,” Mr. Netanyahu said, while tracing the route between Tel Aviv and Abu Dhabi with his finger on the map. He also said the route would allow Israelis to save time and money when travelling east to Asia.

“These are the benefits of a peace that is genuine,” he said.

The flight from Tel Aviv to Abu Dhabi on Monday passed through Saudi airspace, the first time the kingdom had explicitly allowed an Israeli commercial jet to pass over its territory. Air India had earlier received approval to fly directly to Israel, and in 2018 established a direct route from New Delhi to Tel Aviv that passed over the kingdom.

Saudi Arabia’s decision to officially allow flights to and from Israel from the United Arab Emirates makes the route more commercially viable, cutting a nearly seven-hour journey in half.