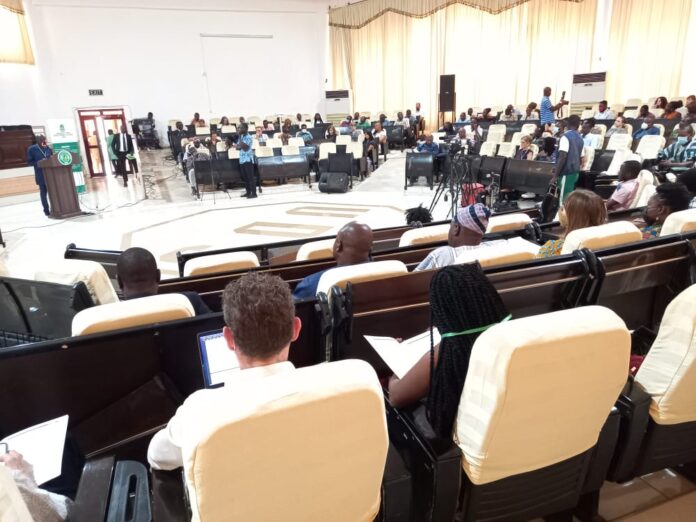 The Ghana Studies Association (GSA), a multidisciplinary organisation of scholars, has held its fourth triennial conference to deliberate on scholarly disciplines that influence national development.
The three-day conference, held in Tamale, was on the theme: “Ghana at Crossroads”.
Professor Kwasi Ampene, President of the GSA, in his welcome address during the opening of the conference, said it provided an opportunity for persons in academia to discuss issues that caused Ghana’s underdevelopment through scholarly research and make appropriate recommendations to solve such problems.
He noted that research and development interlinked, adding that scholars played critical roles in shaping the country’s policy direction on growth and development.
He said, “What we are doing in Ghana, for instance, is that government policies are not informed by research, and this makes development projects not targeted at the right beneficiaries.”
He, therefore, urged the government to collaborate with scholars to ensure development projects were executed based on research recommendations to help improve the living standards of citizens.
Professor Raymond Atuguba, Dean of School of Law at the University of Ghana, who spoke on the theme, said research had revealed that the constitutions of African countries, and Ghana in particular, were borne out of Western ideas, adding the phenomenon was problematic for the development of the African continent.
He noted that “Only a decolonisation of African constitutional law can lead to authentic African constitutional identities and Africa we want.”
Professor Gabriel Ayum Teye, Vice-Chancellor of the University for Development Studies, urged the citizenry to be self-reliant and patronise made-in-Ghana products to help generate the needed revenue to accelerate national development.
The GSA, which is an international affiliate of the African Studies Association (ASA), is made up of scholars based in Africa, North America, Europe and Asia, and its research works focus on Ghana.