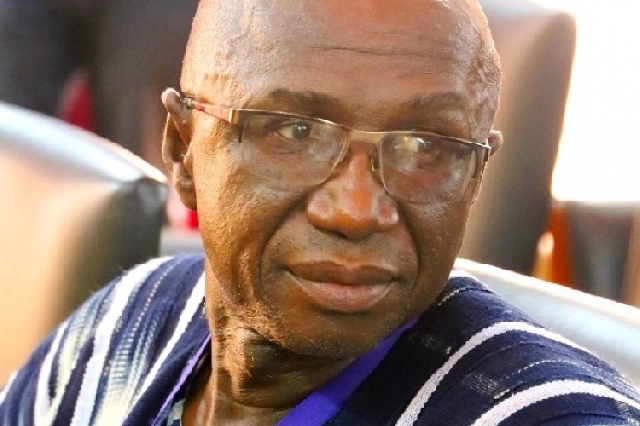 Minister for the Interior Ambrose Dery

The Minister for the Interior, Mr Ambrose Dery, has denied accusations by the biggest opposition party, the National Democratic Congress (NDC) that the Akufo-Addo administration is manipulating the security services for political purposes.

The party’s National Communication Officer, Mr Sammy Gyamfi, recently warned that: “Notice is hereby served to all unscrupulous security officials who have lent themselves to the despotic Akufo-Addo government as pliant agents of violence against innocent citizens that the next NDC government will fish them out and deal with them mercilessly when power eventually shifts”.

Responding to Mr Gyamfi’s threat to the security personnel, Mr Dery told the parliamentary press corps on Monday, 27 July 2020 that: “We respect people’s rights and for anybody to threaten professionals who are employed, have their fundamental rights in consonance with the Constitution, that when they come to power, they will relieve them of their positions, I do not find that to be a reasonable position”.

The minister denied that the security services are working for the party in government.

“We do not have police or soldiers who are doing the bidding of the NPP. No, we don’t have that. What I know is that we’re dealing with professional institutions and that is what we respect”, Mr Dery noted.

These are agencies, he noted, “that we should all respect, and I can assure them [NDC] that if they think that they will come to power and throw people away, there is due process in this country”.

“People will go where they have to go and defend themselves. But what I can assure you is that this government is not using security agencies for its parochial purposes”, he said.

He said he believes the security personnel will ignore Mr Gyamfi’s threats.