Shareholders of adb to be paid dividend soon 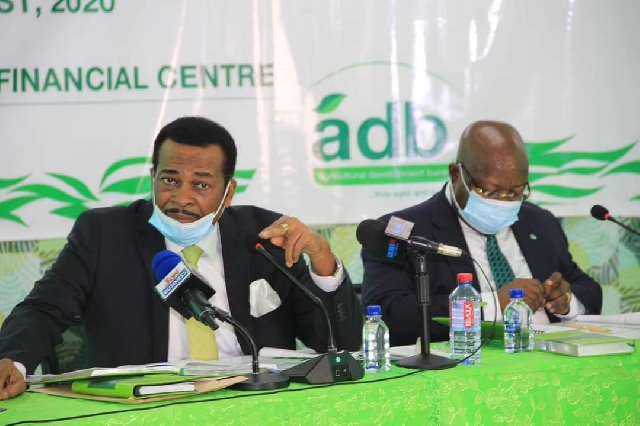 Shareholders of the Agricultural Development Bank (adb) have been assured of dividend payments soon.

The assurance comes on the back of the bank making profit with well laid out strategies.

Board Chairman of the bank, Mr Alex Barnasko, made the disclosure the 33rd Virtual Annual General Meeting of the bank.

Mr Barnasko noted that under his leadership, the bank is currently making profit.

He explained that the bank recorded a negative income surplus of GHS188.8 million at the end of December 2016, which made it difficult for the bank to pay dividend until the negative surplus had been written off.

Mr Barnasko noted that: “The Bank of Ghana (BoG) regulation requires the bank to completely write off accumulated operating losses from its normal operations before it declares dividends.”

Mr Barnasko also disclosed that although the bank made a profit of GHS 14.8 million in 2019, compared to the GHS5.9 million profit made in 2018, it cannot pay dividends until the accumulated negative surplus has been written off.

He also indicated that measures were being put in place to ensure the strengthening of the bank’s loan collection and monitoring in order to reduce high non-performing loans (NPLs) and intensify the retail deposit mobilisation drive.

Mr Barnasko was confident that with the strategy put in place by the Board and management, the bank is “on the path of increasing our profit and also reducing our NPLs to make it possible to pay dividends”.

The Managing Director of the Bank, Dr. John Kofi Mensah, for his part, revealed that the bank will intensify its e-commerce products and services.