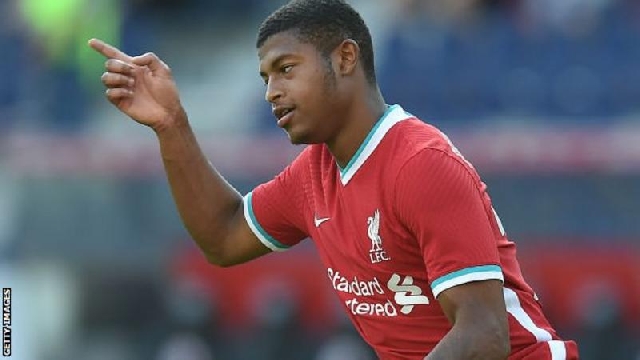 The £23.5m deal includes a buy-back option for three years and the Reds will get 15% of any sell-on fee.

Brewster, 20, helped England win the Under-17 World Cup in 2017 and scored 11 goals in 22 appearances while on loan at Swansea City last season.

The Blades are yet to score in three Premier League games this season and are 19th in the table.

He won the Golden Boot with eight goals at the Under-17 World Cup, playing in an England team alongside Manchester City midfielder Phil Foden and Borussia Dortmund forward Jadon Sancho.

Brewster has recovered after suffering a serious ankle injury in January 2018 which ruled him out for the rest of that season.

Sheffield United’s previous record signing was the £22m they paid for Norwegian midfielder Sander Berge from Belgian side Genk in January.

Blades forward Lys Mousset is out injured while Oli Burke is yet to get off the mark since he arrived as part of a swap deal with Callum Robinson, who has scored twice for this new side West Brom this season.

David McGoldrick, another Sheffield United forward, is seen as a link-up player and only scored twice in the Premier League last season.

Chris Wilder’s side have a tough run of fixtures, travelling to Arsenal on Sunday before a trip to champions Liverpool on 24 October and then Manchester City at home a week later.