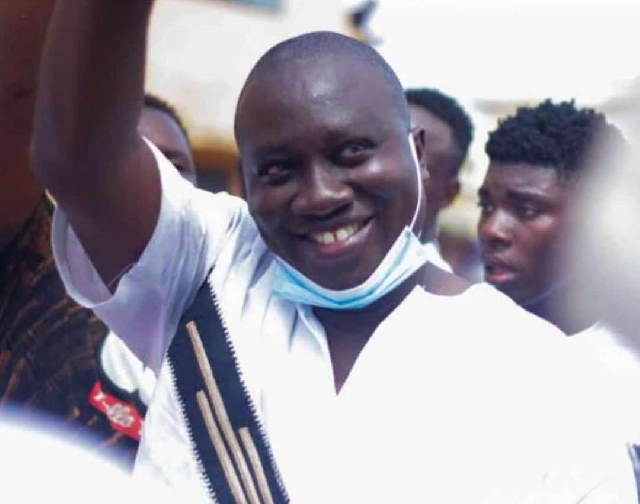 The leadership of the New Patriotic Party (NPP) in the Central Region (CR) has announced that the party is yet to decide on a replacement for the murdered Member of Parliament (MP) for Mfantseman, Mr Ekow Hayford in the upcoming December polls.

The murdered MP was also the parliamentary ctandidate for the upcoming polls.

Speaking on Benya FM’s Ghana Yensuom on Monday, 12 October 2020, the Regional Secretary to the NPP, Mr Richard Takyi Mensah, who described the killing of the MP as a blow to the constituency, the region and the entire country, said the party has 10 days, according to Constitutional Instrument (C.I.)127, to replace the late candidate.

He said, in pursuant to that, the National Executive Committee (NEC) of the party, which has the mandate, according to the party’s constitution, will, in the subsequent days, consult the regional and the constituency executives to appoint new a “suitable candidate” to replace the late MP.

Mr Takyi Mensah said: “Unfortunately, this has happened at a time which is closer to the general elections. And per the rules and regulations of the elections, we cannot say we are postponing it. So, as per the Constitutional Instrument 127, we have ten within days to replace the deceased candidate with a new one.

“Now, per our party constitution, the only organ mandated to name a candidate is the NEC, so, hopefully, they [NEC] will, in consultation with the regional and the constituency [leaders], name a new suitable candidate to replace Honourable Ekow Hayford as our parliamentary candidate for Mfantseman.”

Mr Takyi Mensah also revealed that the family of the deceased MP has set Thursday, October 15, 2020 for the one-week anniversary.

The incident happened on Friday, 9 October 2020.

The late MP of the governing New Patriotic Party (NPP) was returning from a campaign trip at Dominase to his residence at Mankessim.