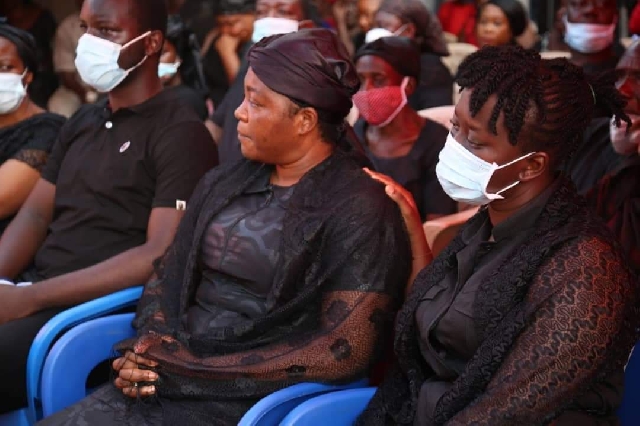 Ophelia Hayford, widow of slain MP Ekow Hayford, has been tipped as her husband’s replacement as the parliamentary candidate for the governing New Patriotic Party (NPP) in the Mfantseman constituency. Her husband was killed on Friday, 9 October 2020 by armed robbers while returning from a campaign trip after going to file his nominations the previous day.

Information gathered by ClassFMonline.com indicate that just like in the case of the late MP for Ayawaso West Wuogon, Mr Emmanuel Kyeremateng Agyarko, whose widow, Lydia Alhassan, inherited his seat, Ophelia Hayford, an Assistant Superintendent of Police (ASP), is also likely to inherit her husband’s place as parliamentary candidate in the 7 December polls.

The party, according to sources, settled on her as the candidate at a meeting on Tuesday, 13 October 2020.

The sources also say she has started the processes to exit the police service.

The NPP, according to sources, is taking advantage of Section 4 of the Public Elections Regulations 2020, C.I. 127, which states that: ‘Where at the close of nominations, but before the election, one of the candidates dies, a further period of 10 days shall be allowed for nominations’, to replace the late MP with his widow.