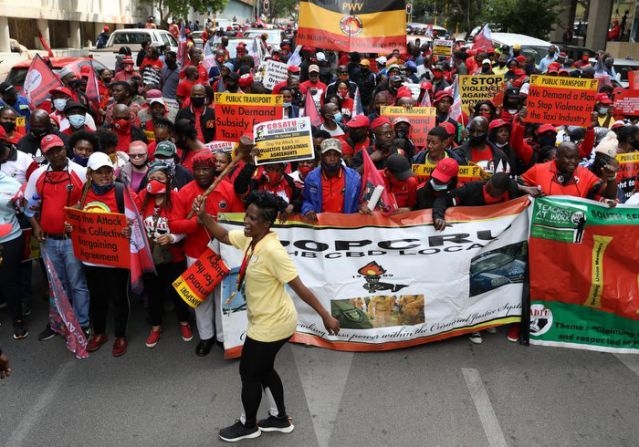 COSATU, which says it has more than one million members, is normally an ally of the governing African National Congress (ANC) but has criticised the government’s handling of the COVID-19 pandemic.

The union federation said this week that the more than two million jobs lost in the second quarter was an indictment of the cabinet’s performance and accused policymakers of presiding over “flagrant theft of taxpayer funds” after a spate of scandals.

President Cyril Ramaphosa said his government is finalising an economic recovery plan to stimulate a rebound in employment and has promised tough action to deal with those implicated in corruption.

Union leader Zingiswa Losi will deliver a memorandum to government offices in the administrative capital Pretoria, COSATU said on its Twitter account.

It was not immediately clear how many COSATU members had heeded the call to down tools on Wednesday.

COSATU’s affiliate unions represent workers in the public and private sectors, in professions like teaching, healthcare, the police and mining.