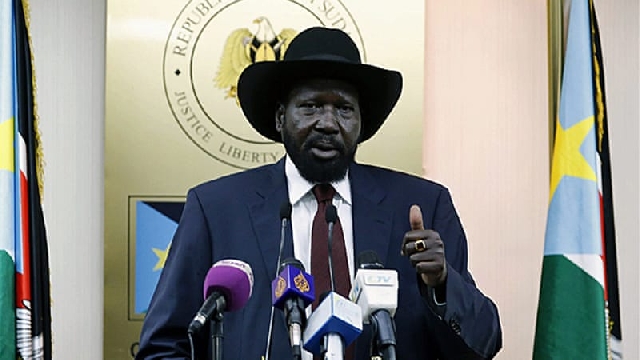 High-ranking politicians and bureaucrats in South Sudan have siphoned off at least $36m in public funds, sometimes with the connivance of international corporations and banks, a United Nations commission has said.

Wednesday’s report by the UN Commission on Human Rights in South Sudan came six days after President Salva Kiir fired the country’s finance minister, the head of the tax-gathering National Revenue Authority, as well as the director of the state-owned oil company.

“Our Commission has uncovered brazen embezzlement by senior politicians and government officials, together with a number of entities linked to the government,” the panel’s chairperson, Yasmin Sooka, said.

“We can reveal the misappropriation of a staggering $36m since 2016. It is worth noting this is just what we were able to trace and may not reflect the whole picture.”

Sooka added that the figure relates to illegal financial movements from the Ministry of Finance and Economic Planning and from the National Revenue Authority.

“Shockingly, these South Sudanese bodies have been aided and abetted in these crimes by a number of international corporations and multinational banks. Some of this money has been laundered through the purchase of properties abroad. Indeed, those properties may well be in your countries.”

The commission, set up in 2016, has previously accused South Sudan politicians of pocketing state funds, but the latest report provides its most detailed allegations yet.

South Sudan is struggling to cope with the aftermath of a six-year civil war that killed about 380,000 people and crippled the output of crude oil, which accounts for more than 90 percent of the state revenue.

“South Sudan is a country where lives are being destroyed by financial corruption on an epic scale,” Sooka said. “Looting and pillage aren’t just offshoots of war, they are arguably the main drivers of the conflict.

“At one end of the spectrum, South Sudan’s political elites are fighting for control of the country’s oil and mineral resources, in the process stealing their people’s future. At the other, the soldiers in this conflict over resources are offered the chance to abduct and rape women in lieu of salaries. The eight-year-old girl gang-raped in front of her parents is the collateral damage.”

The September 17 reshuffle at the finance ministry, revenue authority and Nile Petroleum Corporation (NilePet) came after South Sudan’s reserves of foreign currency crashed, prompting a 37 percent slump in the value of the South Sudanese pound against the US dollar.