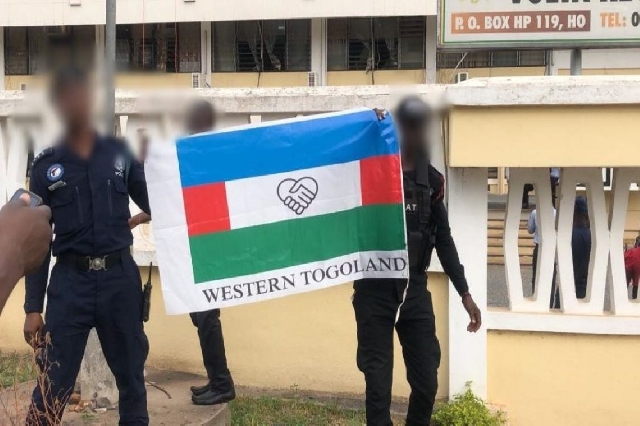 Traditional leaders of Gbi-Hohoe in the Volta Region have condemned the activities of secessionist group Homeland Study Group Foundation (HSGF), a secessionist organisation, which insists the region is independent Western Togoland and not part of Ghana.

The separatists, on Friday, 25 September 2020, blocked all entries and exits to and from the region, seized two police stations, took some officers hostage and exchanged gunfire with others wounding a police commander in the process.

Condemning the secessionist activities in the region at a press conference on Monday, 28 September 2020, the spokesperson of the traditional area, Togbe Adzimah V, said: “We, the chiefs and people of Gbi-Hohoe, dissociate ourselves from this group”.

“We condemn, in no uncertain terms, the activities of this group.

“We do not condone these acts of illegality and vandalism being perpetrated by this group.

“We are Voltarians and Ghanaians and for that matter, we owe allegiance to no foreign power other than the government of Ghana”.

“We advise the youth and other settlers of any part of Gbi-Hohoe land not to be lured by any unscrupulous group of people for their selfish interests.

“We are willing to assist the security agencies in their fight against this group”, the chiefs and elders offered.

The traditional leaders also warned the secessionists to stay away from them.

“We want to advise the group also to stay off Gbi-Hohoe because we do not belong to their movement and for that matter, we will resist fearlessly any attempt to invade our traditional area,” Togbe Adzimah said.