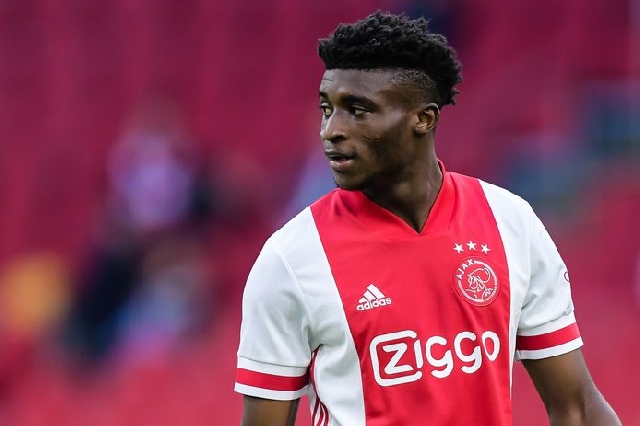 Ajax Amsterdam have refused to release fit-again sensation Mohammed Kudus for international friendlies against Mali and Qatar in Turkey this week for bizzare reasons which has infuriated the Ghana Football Association (GFA), Ghanasoccernet.com can exclusively reveal.

The Dutch giants claim the midfield prodigy would have to quarantine for two weeks on his return to the Netherlands from the two matches in the Turkish city Antalya and therefore won’t release the player to play for Ghana.

It was originally thought fit-again Kudus would miss the two games because of an injury that ruled him out of Ajax’s 1-0 defeat at the hands of wobbly Groningen but it has now emerged that he is now fit to play.

The Black Stars have lined up the two matches for prepare for their upcoming matches qualifiers to prepare the side for the start of the upcoming important 2022 World Cup and 2021 Africa Cup of Nations qualifiers.

With Kudus suddenly becoming a key player in the Ghana set-up, coach Charles Akonnor wants to see how the young sensation would blend with the other new players called into the squad.

As such, the absence of the former Right to Dream academy player has infuriated the GFA which has demanded the unconditional release of the player per FIFA laws concerning international matches.

Clubs are normally required by FIFA to release their players to their national teams for schedued international matches.

But it has now emerged that Ajax are relying on a new ruling by FIFA in the wake of the coronavirus pandemic to prevent their African players from joining their national teams.

This has affected Kudus who was desperate to join his Ghana national team-mates in Turkey but defying his club to leave and join the Black Stars could lead to severe punishment.

The midfield star who joined Ajax just three months ago could face the cancellation of his contract, a substantial fine and a even ban which has forced him to stay in Amsterdam and obey his club.

The Ghanaian youngster is among four African players at Aax who are being denied the chance of travelling to play for their national team during this international break.

Moroccan duo of Zakaria Labyad and Noussair Mazraoui as well as Lassina Traore of Burkina Faso have all been prevented by Ajax from travelling to join their national team for matches.

Relying on the fresh law from the world football governing body that says that clubs can refuse the release of their players if they are likely to infected with coronavirus, Ajax are refusing to release the African players.

But all the big teams in Europe including Barcelona, Real Madrid, Manchester United, Arsenal, Liverpool and Manchester City several teams in the Holland have released their players to their national teams for this week’s matches.

This has sparked the feeling that Ajax are being unfair to the African teams as other top African stars from other teams have joined their national teams in their training camps.

The Ghana FA had wanted Kudus to be released for medical assessment as thinking the player was being denied the chance to travel becasue of the injury that kept him out of Sunday’s league match.

It has now clear that Ajax will use the new law to fight the Ghana FA if the federation reports the Dutch club to the Switzerland based organisation.

It is unclear if the GFA will force the issue at FIFA or consident a joint action with the two other African federations of Morocco and Burkina Faso who have been affected by this.

Kudus was to join up with Ghana for two internationals against Mali and Qatar, to be played in Turkey.