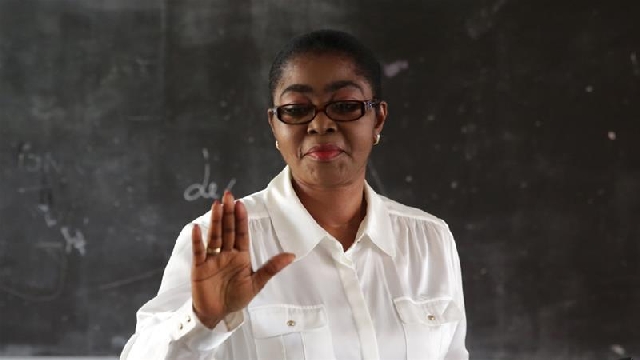 The All Africa Students Union (AASU) has expressed hope that the appointment of the Republic of Gabon’s first female Prime Minister, will be another cause to “deepen the role of women as decision-makers in public and corporate governance” on the African continent.

In a statement issued by ASSU and signed by its Secretary-General Peter Kwasi Kodjie on Friday, 17 July 2020, the union, on behalf of all the students and youth in Africa, said it “greatly welcomes her appointment.”

According to ASSU, it is of the “opinion that, this record appointment will inspire many young girls to believe that hard work and an excellent attitude pays off in the long run.”

AASU noted that it hopes that Raponda’s appointment “will be yet another cause to deepen the role of women as decision-makers in public and corporate governance in Africa” and emphasised that it is “convinced that her incalculable wealth of experience in public service as mayor of Libreville and Minister of Defence, will prove invaluable in her new role as Prime Minister.”

The statement continued that Raponda’s appointment “comes at a time when the cry and struggle for greater inclusion in governance and decision-making across the length and breadth of the African continent, cannot be overemphasised.

“We are confident that her appointment holds glad tidings for all young girls and the youth.”

ASSU also wished Madam Raponda the best in her new position and indicated that it “will be counting greatly on her sterling history in public service to bring about the much-needed reform in our education, key amongst them will be to remove all the structural inequalities in the education ecosystem and make education available to all in Gabon.”