T.I. Defends Ice Cube for Working With Trump Campaign: ‘You’ve Got to Give Him the Credit of His Credibility’ 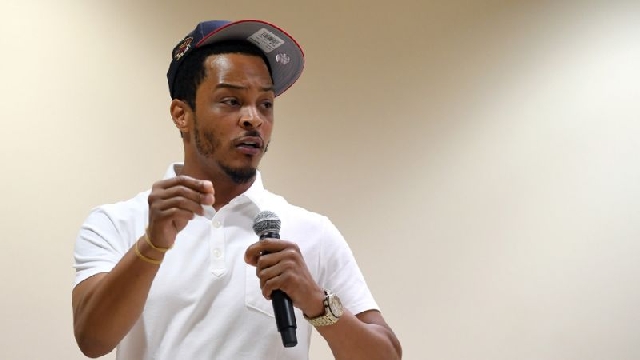 Ice Cube caught flak recently when it was revealed that he had worked with Trump’s reelection campaign on the Platinum Plan for Black America.

The plan, a $500 billion package that will purportedly help Black communities, received something of a boost after Trump’s team reached out to Cube over his Contract With Black America. “Both parties contacted me,” he said. “Dems said we’ll address the CWBA after the election.” In an interview with Power 106 Los Angeles, T.I. jumped to the defense of Cube expeditiously, and said fans should give him the benefit of the doubt.

“I think people are being presumptuous,” he explained at the 14:28 point of the interview, asking whether had actually worked with Trump’s team. He then went on to refer to Cube’s history as a staunchly anti-authority figure in the ’90s. T.I. pointed out that Democrats didn’t express much interest in acting upon Cube’s contract, which T.I. called a “bipartisan initiative” that Cube gave “both sides the opportunity to be involved.”

He added, “To add input to this initiative for the greater good of your people, and only one side responds? That’s not Cube’s fault.” Obviously he highlighted that Republicans are quick to utilize any interest in helping them out as an endorsement, but T.I. thinks it’s the fault of the Democrats for not engaging with him.

“If we ain’t never known or seen or caught Cube on no bullshit—doing no tap dancing and bending over backwards for no white supremacist—why you think he gon’ start right now 35, 40 years in? Why? You’ve got to give him the credit of his credibility. And if you ain’t never known him to be on bullshit before, why you gon just automatically put him in the mix of some bullshit now?”

In a recent interview on TMZ Live last week, Cube directly replied to the concern that Trump’s campaign is using or exploiting him. “I know people have their thoughts… ‘I’m being used…’ I’m not being used,” he stressed, while adding that he hasn’t been to the White House or met with Trump directly. “We can’t depend on one party to bring this through. It’s too broad. Both parties is gonna have to get with it.”