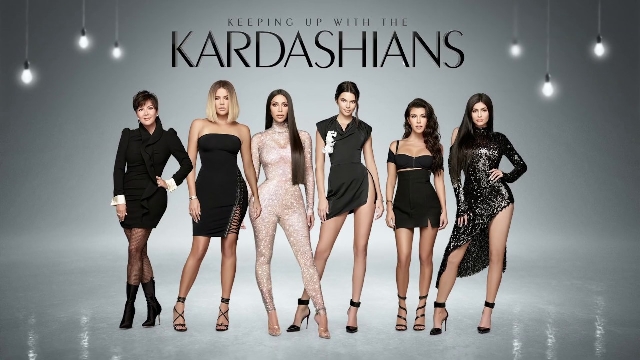 The American TV show will air again on Sept 17

When Keeping Up With the Kardashians (KUWTK)  finally returns on Thursday, Sep. 17 at 8 p.m, the E! show might look a little different.

As shown in this sneak peek in the above clip, gone are the days of extravagant parties and big family dinners where everyone gathers in the backyard to feast. Instead, we see Kris Jenner hosting a virtual lunch with Kim Kardashian and Scott Disick because like the rest of the world, the Kardashian-Jenners have been stuck at home amid the coronavirus pandemic.

“We’re at another week of quarantine,” Kris explains in a confessional. “It’s gonna be a while until we get together for a big family dinner again, so I decided to have the whole family come together and do a video call. I think it’ll be really fun.”

“I feel like I’ve been in here for a year,” the Good American mogul tells the group.

Kris admits she’s having both “good days and bad days.”

“But it’s about just not being able to see you guys,” the momager adds. “I get really sad.”

“The whole thing is just hard,” Khloe says. “It’s like, how long is this gonna go on for and what’s gonna happen?”

According to Scott, “a lot longer than we think.”

Kim chimes in, asking how grandma M.J. is doing.

“She’s good, but you guys should FaceTime with her because she gets kind of lonely,” Kris responds. “I know you all do, but just don’t forget.”

It’s then that she breaks down while recalling the last time she saw M.J. a few weeks ago.

“I took her for a little ride before they really shut everything down,” Kris tells the group before tearing up. “We’d just drive around to some familiar spots.”

Still overcome with emotion, she continues, “It was good. I just miss her. I feel so bad because she’s lonely and she’s been in that apartment for, I don’t know, two months because of her fracture.”

Khloe empathizes with her mom about M.J., but the clip ends on a sad note, with Kris telling the KUWTK cameras, “The longer this goes, I’m feeling a sense of loss because I can’t be with her.”