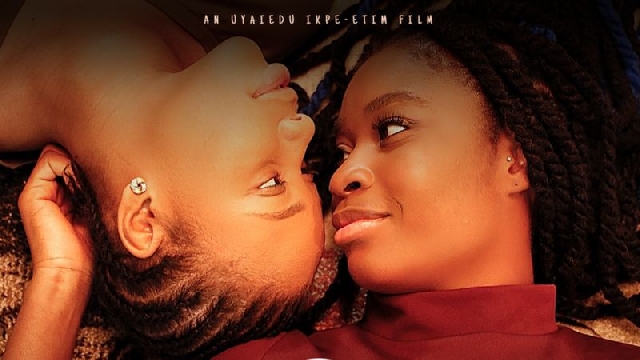 Two Nigerian filmmakers face the prospect of imprisonment if they ignore the stern warning of the authorities and proceed with the release of a movie about a lesbian relationship.

The dramatic face-off with the regulators – the Nigerian Film and Video Censors Board (NFVCB) – is worthy of a film itself.

Producer Pamela Adie and director Uyaiedu Ikpe-Etim are determined that Ife (meaning “love” in the Yoruba language) reaches a Nigerian audience, but the NFVCB says it will not be approved as it violates the country’s strict laws on homosexuality.

International premiere To get around this, the filmmakers are planning a surprise online release to catch the regulators off-guard. The NFVCB, however, is diligently monitoring all digital platforms to prevent the movie from getting out.

According to NFVCB boss Adebayo Thomas, Adie and Ikpe-Etim could be jailed for promoting homosexuality in a country where same-sex relationships are forbidden and can carry a 14-year sentence.

They are organising a private screening in the commercial capital, Lagos, at the end of the month, for which they believe they do not need to get permission. Ife will also get an international premiere in Canada in October.

Adie said the aim of the film was to show an accurate picture of lesbian and bisexual women in Nigerian movies. If a lesbian woman does appear in a standard Nollywood movie they are often portrayed as being possessed, influenced by bad friends or forced into homosexuality and always needing “saving”, she told the BBC. “You rarely see stories about LGBT people, especially about queer women that speak to the realities of our lives. “Ife was made to bridge the gap and to get the conversation going in Nigeria.”   Coming out to a Nigerian mother Ife is a story about two women falling in love as they spend three days together. They “then have their love tested by the realities of being in a same-sex relationship in a country like Nigeria”, according to the publicity for the film. If July’s trailer, where sex is hinted at but not actually shown, is anything to go by, then Ife certainly pushes the boundaries of telling the LGBT story by Nigerian movie standards. 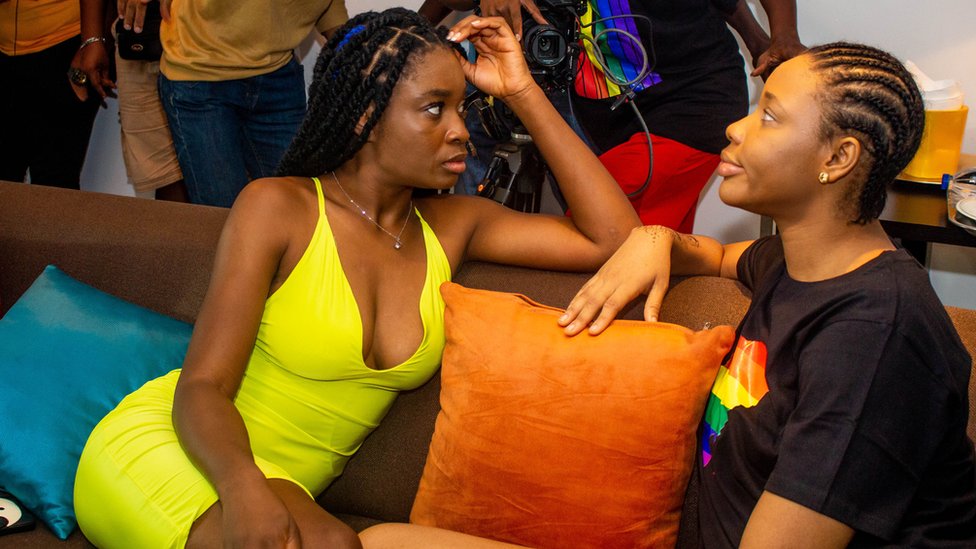 In one shot, the two protagonists, Ife and Adaora are in bed talking about love and the challenges faced by LGBT people especially within their families.

Their conversation forms the spine of the teaser for the film.

“I told my mum first, took her about a week to come to terms with it,” Ife, played by Uzoamaka Aniunoh, says talking about revealing that she was a lesbian.

“Which is short for a Nigerian mother,” interjects Adaora, played by Cindy Amadi. “Is it too soon to say I might be in love with you?” asks Adaora as they cuddle.

“We are lesbians, this is the perfect time,” answers Ife.

‘It has to be censored’ Homosexuality is an extremely contentious issue in many parts of Africa and Nigeria is no different. It is a highly religious and traditional society and its influential Christian and Muslim organisations oppose homosexuality.

As a consequence, Nigeria is one of 30 countries on the continent where it is criminalised. The legislation outlawing same-sex relationships was passed in 2014 and built on the colonial-era prohibition of sodomy. Police in Nigeria have cracked down on people suspected of homosexuality, forcing most into hiding.

The feeling of being sidelined and the need to challenge beliefs that homosexuality is immoral is what inspired director Ikpe-Etim to take on the project.

It will begin to erase that shame that LBQ [lesbian, bisexual and queer] women face,” she told the BBC. The lesbian, gay, bisexual, transgender and queer (LGBTQ) community in Africa is becoming increasingly vocal and visible, thanks to the internet providing a space for films, talk shows and websites.

But that has not stopped filmmakers from getting into trouble with authorities. The head of the NFVCB said there was no space for Ife or other homosexual movies in Nigeria, citing the law.

“There’s a standing law that prohibits homosexuality, either in practice or in a movie or even in a theatre or on stage. If it’s content from Nigeria, it has to be censored,” Mr Thomas told the BBC.

He said that whatever the platform was, “as long as it’s Nigerian content and it’s telling a Nigerian story, then we have a right to it”.

But there is no plan for large-scale screenings of Ife in Nigerian cinemas or selling the DVD, as the producers want to make it available online as pay-on-demand. But even that will get them into trouble with the regulators.