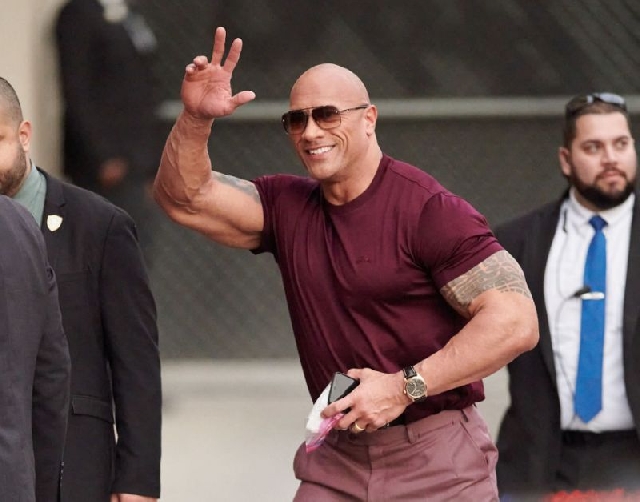 Dwayne “The Rock” Johnson on Thursday toasted to his reaching a milestone of 200 million followers on Instagram, which makes him the most followed man in America on the social media platform.

The feat comes little more than a week after the action star and former WWE wrestler endorsed former Vice President Joe Biden and Sen. Kamala Harris in the upcoming presidential election against President Donald Trump and Vice President Mike Pence. Since then, he’s gained about 200,000 Instagram followers, according to Trackalytics, which provides statistics about social media.

Johnson wore a bowtie and opened a bottle from his tequila brand, Teremana, as he spoke about the what he’s learned over the past couple of weeks.

Those kinds of conversations are important to have, he said, because what’s on the other side of them is clarity and progress. “And I want to tell you guys: thank you, thank you, thank you for, I mean, deep here in my bones, thank you guys for giving me the space to speak my truth,” he added.

Johnson’s presidential endorsement was a big deal for him, because he’s never made one before. The highest-paid actor of 2020, according to Forbes, had a virtual discussion with the two that he included in his post publicly throwing his support to the Democratic ticket.

The Skyscraper star said then that he’s voted for both Republicans and Democrats in the past. He described himself as “a political independent and centrist for many years,” but this years feels that Biden and Harris are the “best choice to lead our country.”

MUSIGA is on a strong path – Bessa Simons