Tourism Min. signs MoU with CBITEC to put up Theatre in Kumasi 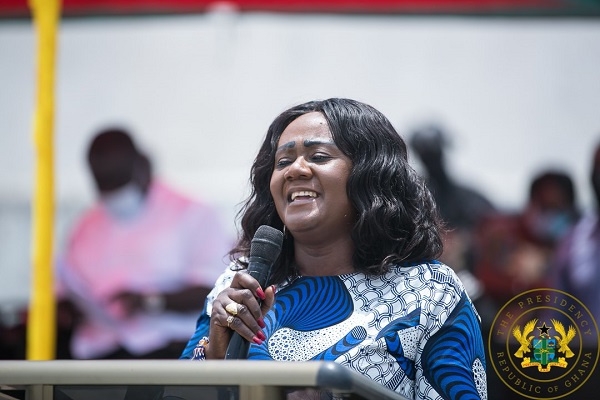 The Ministry of Tourism, Arts and Culture (MoTAC) has signed a Memorandum of Understanding (MoU) with China Benghu International Technology and Economic Cooperation (CBITEC) Limited to construct an ultramodern Theatre/Conference Centre in Kumasi.

The CBITEC Limited will take a one-year period to put together financial documentations and submit it to the Tourism and the Finance Ministries for a step to be taken towards the commencement of the project.

The Minister for Tourism, Arts and Culture, Mrs Barbara Oteng-Gyasi, who said the edifice will be a landmark project, hinted that the construction of the ultramodern theatre/conference centre will be completed within two years.

Upon completion, the theatre would have 2,000-seater in the main auditorium, with a hall for 600 seats for executive meetings.

The ‘Kumasi International Theatre/Conference Centre’ project, when completed, is expected to strengthen the Arts and Culture space and also create jobs to boost business, events and tourism in Kumasi.

“Using low budgets, record-breaking production time and consistency, ‘Kumawood’ has drawn a lot of attention from the global and regional film industries and has promoted Ghana well enough.

“Government recognises the extraordinary achievements of the Kumasi movie industry, and sees it as a major cultural and economic tool that can be harnessed to revolutionise the creative arts and cultural industry,” Mrs Oteng-Gyasi told the media at the event on 6 September 2020.

She also noted that the government will expand the Bonwire Kente Weaving Village to make it an attractive destination for tourists and commerce.

She rehashed the government’s commitment to exploring possible avenues for investment in the creative arts and cultural industry to generate job opportunities for the people.

The Kumasi Mayor, Osei Assibey Antwi, also speaking at the event, disclosed that the Assembly has decided to construct a massive culture museum to serve as a one-stop museum for all artefacts.

According to him, architectural designs and concept paper have been prepared, pending the available investors who are interested in undertaking the museum project.