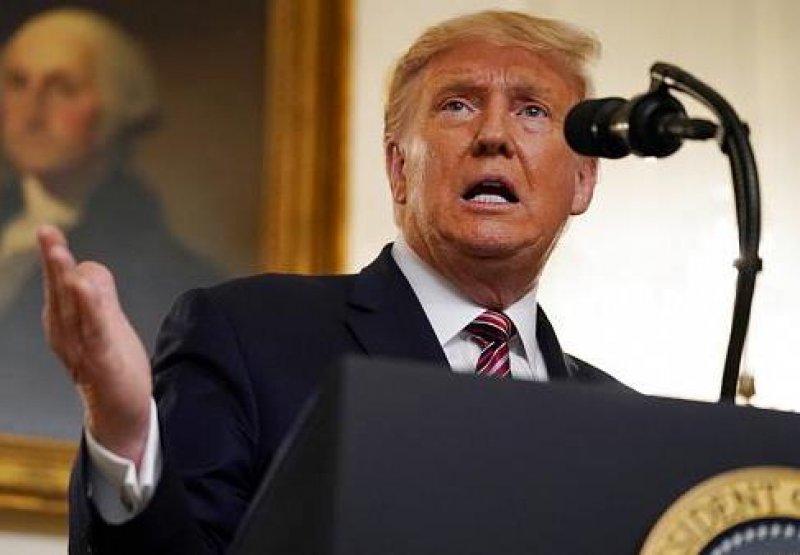 U.S. President Donald Trump on Wednesday announced he has pardoned Michael Flynn, his former national security adviser who pleaded guilty to lying to the Federal Bureau of Investigation (FBI).

“It is my Great Honour to announce that General Michael T. Flynn has been granted a Full Pardon,” Trump tweeted, congratulating the retired Army Lieutenant General while wishing him “a truly fantastic Thanksgiving.”

Flynn reacted by tweeting “Jeremiah 1:19,” a Bible verse alluding to a holy rescue.

The President’s decision will bring an end to Flynn’s dramatic criminal case, three years after he pleaded guilty to lying to the FBI about his contacts with Russia during Trump’s presidential transition period in 2016 and pledged cooperation with the investigation into alleged Russian meddling in the 2016 U.S. election.

Flynn’s assistance in the Russia probe led by former Special Counsel, Robert Mueller delayed his sentence, as D.C. District Judge Emmet Sullivan allowed him to complete his cooperation, including appearing for congressional testimonies.

Flynn took a combative turn against the government after Mueller concluded the investigation, moving to withdraw the guilty plea in January as his legal team claimed he was entrapped by the FBI agents.

The Department of Justice in May sought to dismiss Flynn case, arguing that Flynn’s lies could not be proved in court and were not material to the FBI investigation in early 2017 concerning the Russian interference.

The DOJ’s move drew intensifying questions about politicisation in the prosecutorial process.

Sullivan refused to immediately grant the DOJ’s request to drop the case, instead setting up a process to examine the department’s reasoning.

Flynn, whose less-than-one-month tenure between January and February 2017 was the shortest in U.S. history for a national security adviser, was the second Trump associate convicted in the Russia probe.

He was fired by Trump after pleading guilty.

Roger Stone, Trump’s longtime confidant and GOP operative, was convicted of lying to Congress and witness tampering, but was commuted by the President in July, just days before he was due to report to prison.

NRA, top US gun group, files for bankruptcy in bid to restructure