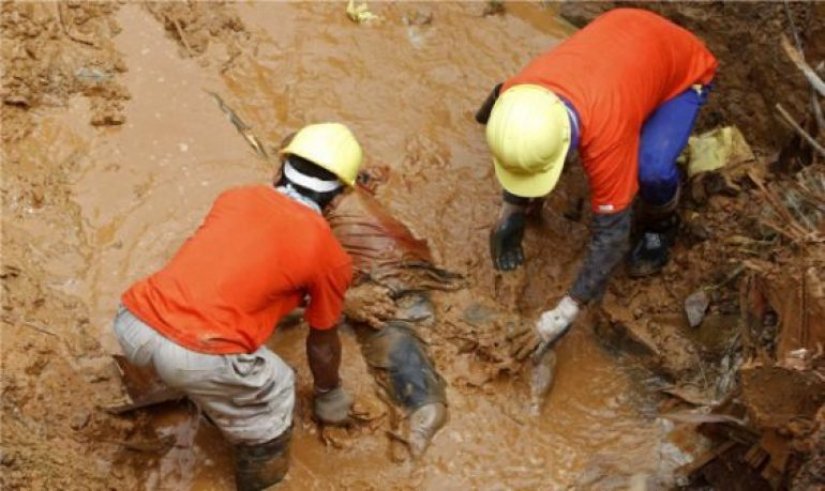 Osei Kwame 54, and Vincent Yaw Asiedu 34, with two colleagues, were prospecting for gold in the pit when the incident happened on Thursday evening.

Rescuers were able to retrieve the bodies on Friday and Saturday.

The two others who were also trapped managed to escape harm and have since been admitted at a hospital.

Mr Anthony Amankwaa, assembly member for the area, told the Ghana News Agency that the affected individuals were part of a group engaged in small-scale community mining at the site.

He said the four were trapped in an uncovered pit left by some earlier miners.

Another source from the community, however, told the GNA that the four were engaged in illegal mining (galamsey), and had used sand as a fence to block the course of a river, which passed through the area.

He said after some time the sand could not contain the flow of the river and it caved in and trapped them to death.

The Nkawie Police Command has, however, confirmed the incident, saying investigations were underway to ascertain the facts.

Meanwhile, the bodies of the deceased have been deposited at the Community Hospital at Afari for autopsy.