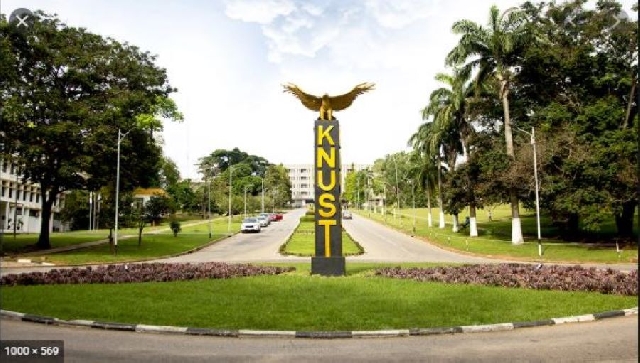 Authorities at the Kwame Nkrumah University of Science and Technology (KNUST) says Mr Emmanuel Awuah, the man who is in the news for murdering an Uber driver in the Ashanti region is not a student of the university.

The 23-year-old was reported to be a final year Geological Engineering student of the University.

KNUST says it condemns Mr Awuah’s actions and called on the law enforcement agency to bring him to justice to serve as a deterrent to others.

Meanwhile, the Mamponteng District Court on Thursday, 16 July 2020 remanded Mr Awuah who has been charged with conspiracy to commit murder and murder.

He was remanded after the prosecutor, Detective Sergeant S.K Oppong, told the court that investigations have not been completed and are yet to send the case docket to the Attorney General for advice and for that reason, granting the accused bail will interfere with the investigations.

The court presided over by His Worship Thomas Boadi Soyori remanded the accused into police custody and adjourned the case to August 3, 2020.

The court also granted a bench warrant requested by the prosecutor to arrest the accused person’s accomplice.

The suspect who was arrested at Nyinahin murdered the driver, Thomas Danso, 24, with a friend currently at large in a thick forest between Atwima Gyankoba and Atwima Hwidiem.

Police say the deceased borrowed GHS1,200 from the accused person to maintain his car.

The accused later demanded for the money so that he can pay his school fees, but the deceased could not pay.

ACP Akwasi Annor Arhin, the Tafo Pankrono Divisional Police Commander, told Class News’ Elisha Adarkwah that the suspect, however, told the deceased to take him around in Kumasi where he murdered him with the colleague and took the car away.

The owner of the car, Daniel Owusu, who reported the car with registration number GE 1436- 17 and his driver missing to the police called and informed the police that the car had been spotted at Nyinahin where the car was impounded and the suspect arrested.

The suspect, however, led the police to the crime scene where the remains of the deceased was taken to the Komfo Anokye Teaching Hospital morgue for preservation and autopsy.

He, however, admitted murdering the deceased with the friend in his caution statement.

He said the suspect told the police that he wanted to sell the car so that he gets his lend money back and give the rest to the owner of the car.