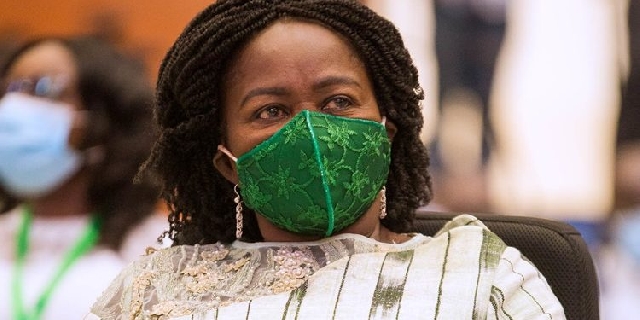 Former President John Mahama’s running mate for the 7 December polls, Prof Naana Jane Opoku-Agyemang, has urged the rank and file of the National Democratic Congress (NDC) to remain united in the party’s quest to win the December 2020 polls.

Prof Opoku-Agyemang was speaking at a mini-rally at Essikado on Sunday, 13 September 2020.

According to the former Education Minister, unity of purpose is required for the party to attain victory in the upcoming elections.

She further admonished leaders and members of the party not to allow anything to divide them going into the elections.

Prof Opoku-Agyemang called on members of the party to use the achievements of the NDC to convince the electorate to vote for the NDC.

She said: “We have our enviable performance record which is clear to all Ghanaians”.

“It is not a matter of engaging in unnecessary arguments.

“Showcase what we have done and plan to do, and let those who have a different view also show theirs”.

The former Vice-Chancellor of the University of Cape Coast (UCC), stressed that the party is seeking power to salvage the country and make it a better place.

“We are not seeking power to mismanage the country, intimidate people or marginalise others.

“We are seeking to return to power to save the nation from destruction, and to make Ghana more prosperous with equal opportunities for all,” she said.

She also commended members and supporters of the NDC in Sekondi for their commitment towards the progress of the party and assured them of the support of the party’s leadership.