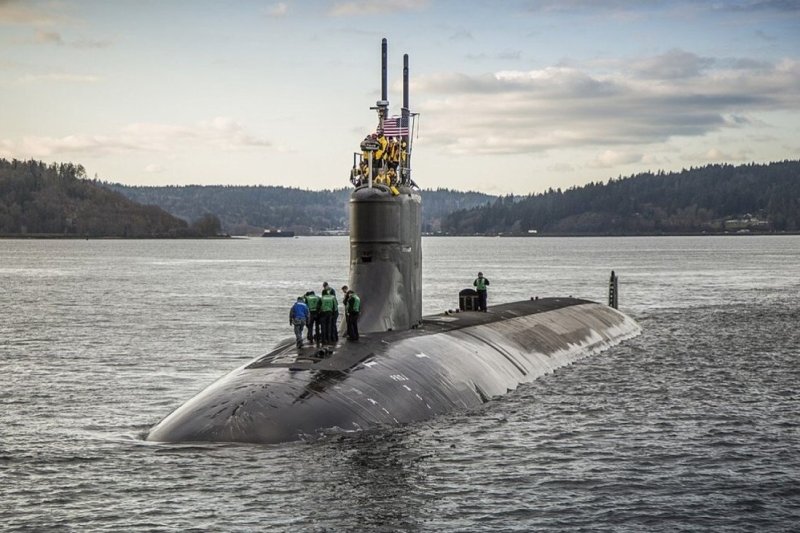 A US nuclear submarine has collided with an unknown object in the Indo-Pacific region, the US Pacific Fleet said in a statement on Thursday.

There were no life-threatening injuries on board from the incident, the Navy said, though media reports, citing the Navy, said two sailors were moderately injured and about nine others suffered bruises and cuts.

“USS Connecticut’s nuclear propulsion plant and spaces were not affected and remain fully operational,” the Navy said. “The submarine remains in a safe and stable condition.”

The extent of the damage to the rest of the Seawolf-class fighter submarine was now being determined and the incident was being investigated, it said.

The collision occurred in international waters on Saturday, the navy added, though it did not give details of the exact location of the incident. According to US media speculation, the incident occurred in the South China Sea and the cause of the collision could have been a sunken ship or a container. The vessel is to be inspected at the US naval base on the Pacific island of Guam.

The incident comes at a time of heightened tensions between the US and China, particularly as concerns the Indo-Pacific region.

Only a few days ago, Washington expressed “grave concern” about the recent intrusion of Chinese military aircraft into Taiwan’s Air Defence Identification Zone, saying it was “destabilizing” and risked miscalculation and undermined peace and stability in the region.

China on Friday called on the US to disclose the exact location and details of the incident as well as the reason for the submarine’s journey, accusing the Western power of witholding information intentionally.

Chinese Foreign Ministry spokesperson Zhao Lijian accused the US of “making waves in the South China Sea under the banner of freedom of navigation”, which was “the source of this accident” and threatened peace and stability in the region, he said.

It was also important to clarify whether there had been a nuclear leak and whether the environment had been damaged, he added.

Beijing claims almost all of the South China Sea as its territory. The International Court of Arbitration in The Hague rejected China’s claims in 2016, but Beijing continues to ignore the ruling.