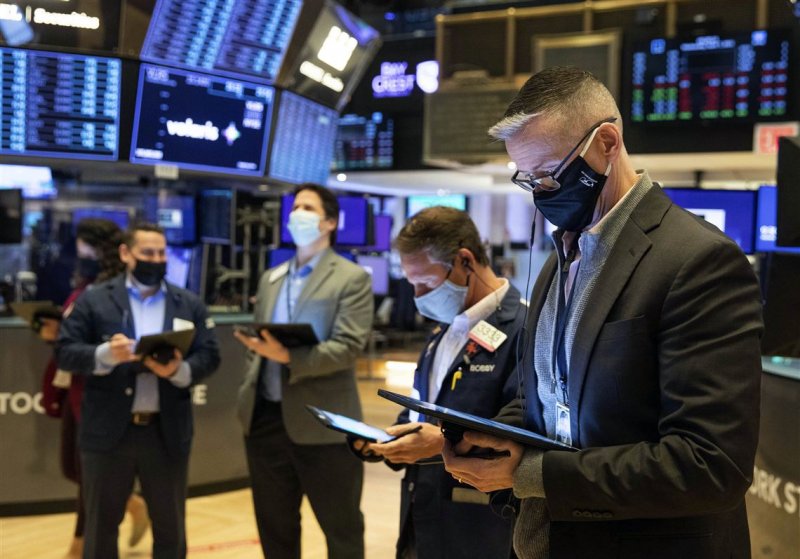 Washington, April 24, After coming under pressure over the course of the previous session, US stocks showed a strong move back to the upside during trading on Friday.

The major averages all moved to the upside on the day, although the Dow underperformed its counterparts.

The major averages pulled back off their highs going into the close but remained firmly positive.

Despite the advance on the day, the major averages closed modestly lower for the week.
The Dow slid by 0.5 percent, the Nasdaq fell by 0.3 percent and the S&P 500 edged down by 0.1 percent.

The rebound on Wall Street partly reflected the volatility seen over the past few sessions, which saw the major averages show big swings back-and-forth.

After coming under pressure early in the week, stocks showed a strong move back to the upside during trading on Wednesday.

The major averages slid back toward the lower end of a recent trading range, potentially leading to the renewed buying interest seen in today’s trading.

Optimism about the economic recovery has helped prop up the markets, although concerns about high valuations and surging coronavirus cases overseas have led to worries about the near-term outlook.

The Dow underperformed the broader Nasdaq and S&P 500 due in part to a steep drop by shares of Intel (INTC), with the semiconductor giant tumbling by 5.3 percent.

The decline by Intel comes after the company reported better than expected first quarter results but provided guidance below analyst estimates.