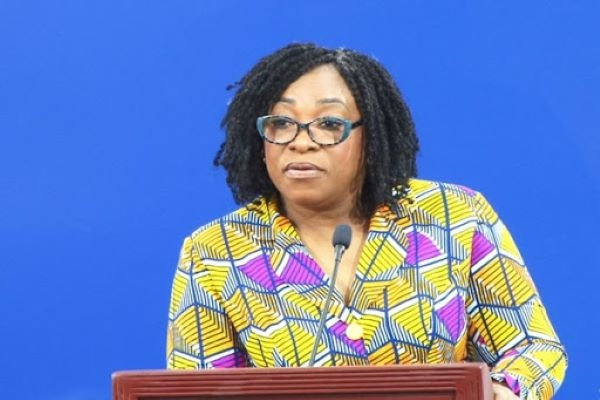 The Minister of Foreign Affairs, Shirley Ayorkor Botchway, has disclosed that some 22 Ghanaians are awaiting repatriation from the United States of America (USA).

Ms Botchway disclosed this when she was answering questions on the floor of Parliament on Wednesday, 22 July 2020.

The repatriation from the US follows the commencement of processes for their removal by the US authorities.

She noted that the total number of Ghanaians being deported by the US authorities is unknown.

“On several occasions, our request of the list for these Ghanaians who, we’re told have flouted the immigration laws of the US, have not been provided to us, so, I cannot speak to these numbers because they have not been provided. At one point, we were giving a list of probably 100 and that was it – those people who were being processed at different stages of the removal process – but since then, nothing has been given to us. As we speak, we have a number of 22 persons who are in the process of being removed.”

She also assured Ghanaians that the Ministry has put in place a very robust identification process to avoid removing persons who are non-Ghanaians into the country.

“It’s a very robust system we have in place that our officers interview the people because we’re aware that many years ago, some people have slipped through the cracks who are not Ghanaians and have been brought here. So, we’re very particular about ensuring very thorough interviews and then the names are sent here, and the relevant authorities of immigration, the interior ministry and national security also do their checks. Then they give us the feedback, if indeed they’re Ghanaians, then we can proceed with doing our part, which is to issue the travel document,” the Minister stated.

Ms Botchway added that: “22 persons are being interviewed as we speak, awaiting the removal of the restrictions on the borders and then we can proceed.”