V/R: Don’t repeat 2016 mistake of not voting – Kpodo to constituents 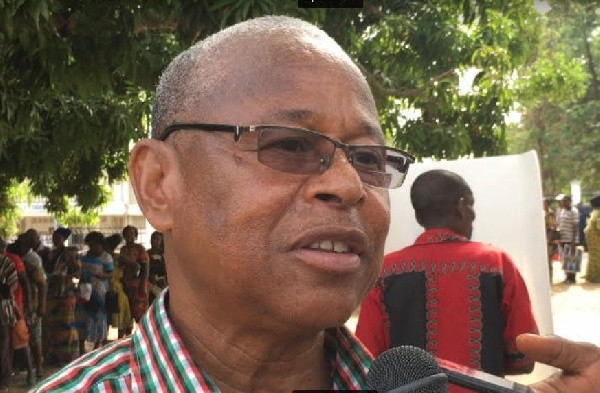 The Member of Parliament for Ho Central in the Volta Region, Mr Benjamin Kpodo, has urged party supporters of the opposition National Democratic Congress (NDC) in the Constituency not to repeat the mistakes of the previous elections when they refused to vote.

The Ho Central MP admonished the people to go out on 7 December to vote, instead of staying in their homes and assuming the party has already won the elections.

Mr Kpodo was addressing party supporters when he went to the Electoral Commission’s Regional Office in Ho to file his nomination to contest in the December polls on Thursday, 8 October 2020.

The MP said although he is confident of victory for being the first to file his nomination, “we shouldn’t assume that we’ve already got the figure that we want”.

“In 2016, we all thought that we had won, so, we didn’t go out to vote and you saw the results. We should not repeat that this year, we have a lot of work to do to bring out the people.”

The MP indicated that the names on the voter roll are all names of persons who are resident around Ho Central and not persons who would have to travel from far away to vote.

He, therefore, charged party members to go to the various homes and assist people to go out to cast their ballot on the day of the election.

“It is going to be our duty to go and bring them out and this is what I’m charging our partners, the Okada people, to brace themselves up on December the 7th. We shall support you fully to go and bring the people wherever they are [to vote], the MP stated.”

“We shall provide you with everything you need from their homes to go to the polling station and vote.

“Our President-in-waiting has made a number of promises in the manifesto, these are realities; the peoples’ manifesto contains realities, things that are credible and we can do.”

He also commended the EC officials for the good work done as he spent less than 30 minutes to file his nomination.