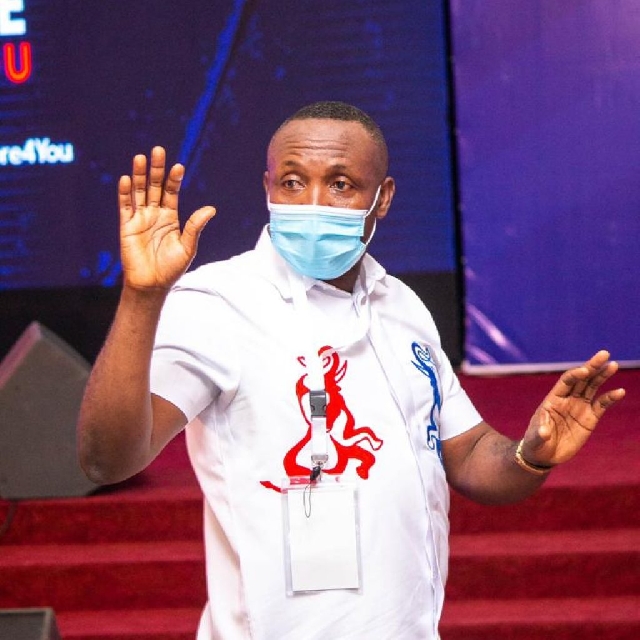 The governing New Patriotic Party (NPP) has said Fomena MP Amoako Andrew Asiamah has automatically vacated the seat which he won on the ticket of the party, after filing to run in the 7 December 2020 polls as an independent candidate.

“The party has noted that the Member of Parliament for the Fomena Constituency in the Ashanti Region, Hon. Amoako Andrew Asiamah, who was elected to Parliament on the ticket of the party, has filed to contest as an independent parliamentary candidate. By so doing, he has presumably vacated his seat in parliament pursuant to Article 97(1)(g) of the 1992 Constitution of the Republic”, a statement signed by General Secretary John Boadu on Tuesday, 13 October 2020 said.

“For the avoidance of doubt, Article 97(1)(g) of the Constitution states that: ‘A member of Parliament shall vacate his seat in Parliament if he leaves the party of which he was a member at the time of his election to Parliament to join another party or seeks to remain in Parliament as an independent member’.

“The party has, therefore, taken the necessary steps to inform the Speaker of Parliament of the above circumstances, for appropriate action to be taken”, the statement said.

Also, the party said all its members who have filed as independent candidates or support any such one, have automatically forfeited their membership.

“The New Patriotic Party (NPP) wishes to serve notice to the few members of the party who decided to file as independent parliamentary candidates that they have automatically forfeited their membership of the party from the very day they filed with the Electoral Commission (EC) to contest pursuant to Article 3(9) of the NPP Constitution”, the statement said.

“Equally, by this constitutional injunction, any member of the party who supports or campaigns for an independent parliamentary candidate ahead of the forthcoming general elections, also, automatically, forfeits his/her membership of the NPP”, the party stressed.

The party, on the other hand, praised all its members who resisted the temptation to go solo, saying it “also wishes to use this opportunity to commend all the members of the party who had contemplated to go independent but reconsidered their decision in deference to the supreme interest of the party. Such display of loyalty and patriotism to the party can never go unnoticed, and the party duly acknowledges same”.

“Finally, the party congratulates all the 275 parliamentary candidates of the party who successfully filed their nominations with the Electoral Commission to contest in the 2020 parliamentary elections and wishes them the best success in the elections. The NPP is undoubtedly on course to maintaining its overwhelming Majority Seats in the next parliament Insha Allahu”, the NPP said.

Meanwhile, Mr Eric Osei, who has filed his nomination as an independent parliamentary aspirant for Asokwa, has said even President Nana Akufo-Addo is happy with his decision to run against the governing party’s incumbent MP for the constituency, Patricia Appiagyei, who also happens to be a Deputy Minister of Environment, Science, Technology and Innovation.

Mr Osei told Kwabena Prah Jr on Accra100.5FM’s morning show, Ghana Yensom, on Tuesday, 13 October 2020 that he resigned from the NPP as an elected constituency organiser to pursue a solo attempt at entering parliament in the 7 December 2020 polls, since, in his view, the incumbent has failed the constituency.

Mr Osei said despite numerous calls placed to him by leaders of the party trying to talk him out of the race, he will not budge.

He, however, denied claims that he refused to meet President Akufo-Addo over the matter, saying the President has not called him on that.

According to Mr Osei, stepping down is not an option for him because if he did that, President Akufo-Addo’s electoral fortunes in the constituency will be shattered.

“The President will not get even 10 per cent if Patricia Appiagyei were left to go alone. She has failed on the ground”, Mr Osei said.

Although the President has urged supporters of the NPP to reject members who go independent, Mr Osei insists the President is happy with his candidature because he never spoke against him when he toured the Ashanti Region for three days recently.

Mr Osei said the President even visited Asokwa twice but never raised the subject; an indication, in his view, that the President is in favour of his independent candidature.

“He is very well aware that I’m contesting and I know the President is happy with my candidature because if I step down, his votes will dwindle”, Mr Osei asserted.

Still in the Ashanti Region, another independent aspirant, Mr Kwaku Duah, who left the NPP to run against the incumbent MP for Kumawu, Mr Philip Basoah, told Prah Jr that: “I was called by some party leaders two months ago to rescind my decision but I said no”.

“We vote for development and progress but the incumbent MP has failed in bringing about any development in the constituency”, he noted, a situation, which he said made him decide to run as an independent candidate.

According to Mr Duah, the incumbent MP is rather blaming the District Chief Executive and the chief in the area, for his failure to bring development to the constituency.

To him, that is an admission of failure, an, thus, “he should’ve done the honourable thing by stepping down”.

“We have an MP who is more incompetent than anyone else. He said because his government was not in power during his first term, that’s why he couldn’t develop the place. We gave him another chance but the constituency lacks basic things like toilet facilities, potable water, boreholes among others”, he said.

Mr Duah also claimed the MP is not on talking terms with the DCE and his party chairman, thus, his failure to rally development to the area.

In his view, rather than the party asking him to step down, they should be “grateful to me for deciding to go independent because if Nana Addo relies on the incumbent MP, he will lose in the constituency”.

“The MP can’t even point to a container as an achievement in his eight-year term. He is sabotaging the efforts of Nana Addo because he has achieved nothing that will inure to the electoral benefit of the President”, Mr Duah stressed.

Ms Andoh, who was disqualified from the NPP’s parliamentary primaries, said she decided to go independent so as she can continue with the good things she has been doing in the constituency through her NGO since 2014.

According to her, the decision to run for parliament solo was one thrust on her by her supporters in the constituency.

“I’ve built a relationship with my people. I have helped them in so many ways with my own resources. I have a lot of street children, the aged and widows that I take care of, so, the constituents have realised that with my little resources, I have been able to do a lot for them and, so, how much more if I become an MP”.

In the Bono Region, Mr Bernard Oduro Takyi, who also left the NPP, has filed to contest as an independent candidate against incumbent Sunyani West MP Ignatius Baffour Awuah.

Mr Oduro Takyi claims he was treated unfairly by the party by allowing the Minister of Employment and Labour Relations to go unopposed in the parliamentary primaries.

He has vowed to work with whichever candidate wins the presidential race should he also win the parliamentary race.