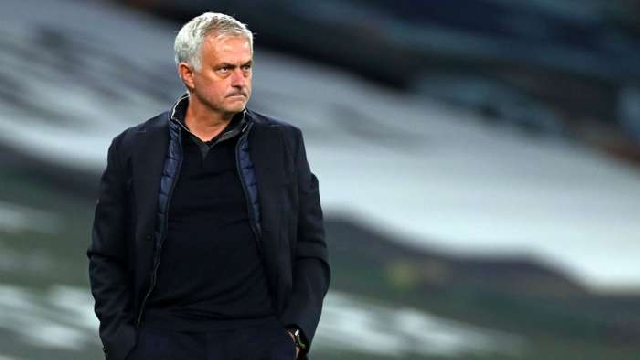 Tottenham boss Jose Mourinho has slammed VAR, saying there is no excuse for officials to miss key incidents now they have the technology to help them.

VAR has once again been in the spotlight this week after controversial decisions during last weekend’s Merseyside derby and Manchester City’s Champions League clash with Porto on Wednesday.

Last Saturday, Everton goalkeeper Jordan Pickford avoided punishment for a clumsy foul on Liverpool’s Virgil van Dijk that left the Dutchman facing a lengthy spell on the sidelines with a serious knee injury.

At the Etihad Stadium midweek, City midfielder Ilkay Gundogan also avoided a red card for an apparent foul on Porto goalkeeper Agustin Marchesin, with City awarded a penalty for a foul by Pepe moments later.

On both occasions VAR reviewed the incidents, but decided not to take further action.

Mourinho, who believes both Pickford and Gundogan should have been sent off, accepts referees can miss key incidents in real time given the frantic speed of the game.

However, he cannot accept such errors not being corrected given the VAR official has access to instant replays of incidents from several angles.

“I think the attention [the incidents have received] is based on the fact that there is a VAR. Without VAR, the situations on the pitch happen and the human being, the referee, makes mistakes,” Mourinho said, whose Tottenham side travel to Burnley on Monday.

“And you know me for quite a few years – it was difficult for me to accept the human mistakes but I learned and in this moment, I always accept the referee’s mistakes.

“What we don’t accept is the VAR mistakes. So I think if the referee of that match [the Merseyside derby], 100 mph, the situation happened, the linesman gives an offside, everybody would say: ‘Ok, it was a bad tackle but it happened and it’s done’.

“If the referee makes that mistake, everybody understands because the game is 100mph but with the VAR, how can that VAR make that mistake? And the situation of Pickford for me is the same. It’s the VAR, it’s not the referee.”