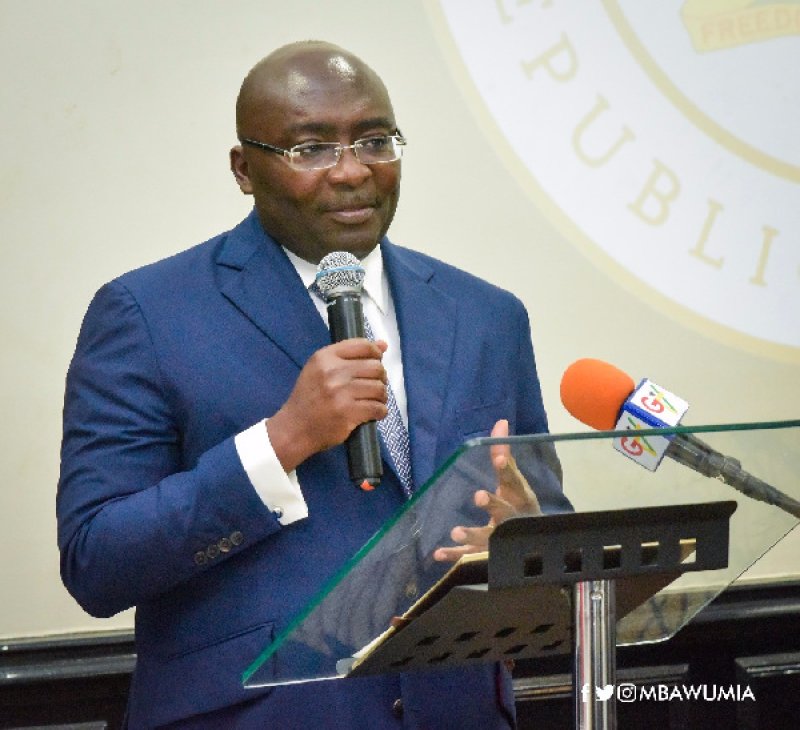 Vice President, Dr. Mahamudu Bawumia has congratulated the Black Stars of Ghana on their hard-fought 1-0 victory over South Africa in the penultimate stage of the Federation of International Football Association (FIFA) World Cup on Sunday evening at the Cape Coast Sports Stadium.

Andre Dede Ayew’s expertly taken spot-kick in the 33rd minute was enough to hand Ghana a place in the playoffs to chase for a slot in the Mundial next year in Qatar.

“Congratulations to the Black Stars for topping Group G to qualify for the World Cup play-offs following a hard-fought victory over South Africa.”

Going into the game, the Bafana Bafana lads only needed a draw or avoid defeat having topped the group with 13 points to progress to the next stage but were denied by Ghana away from home.

He said, “Sorry to Bafana Bafana for missing the play-off by a whisker.”

Ghana advanced over South Africa with a goal advantage and would be among the ten countries that would slug it out in the play-offs.

In a related development, he sent a goodwill message to Sekondi-based club, Hasaacas Ladies as they take on ASFAR of Morocco in the 2021 CAF Women’s Champions League on Monday, November 15 in Cairo, Egypt.