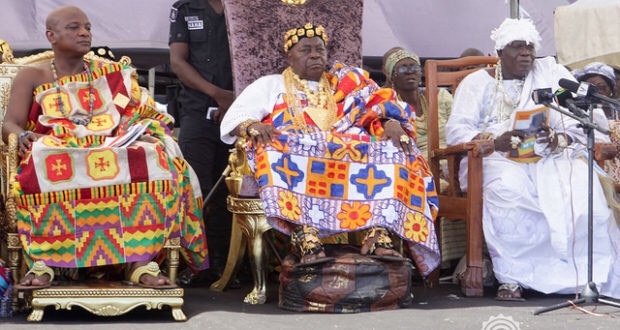 The Volta Regional House of Chiefs has condemned the recent militia attacks by secessionist groups such as Western Togoland Restoration Front; and Home Study Group Foundation (HSGF), among others, in the Volta Region.

The Togolanders, through the violent insurgence of their separatist groups, have intensified their call for independence.

Last week, members of HSGF blocked roads leading to the region, hoisted their flags, captured three police officers and exchanged gunfire with security agencies as parts of agitation for their independence.

In the early hours of Tuesday, 29 September 2020, a sister separatist group attacked the STC yard in Ho and burnt two of their buses.

Reacting to these disturbances at a press conference in the Volta Region today, 29 September 2020, Togbe Tepre Hodo IV, who spoke on behalf of the Volta chiefs, said the actions of the Western Togoland groups “are criminal, which should be investigated and those involved be made to face the full rigours of the law”.

The chiefs declared their commitment to “one peaceful and united Ghana” and said they are “prepared to collaborate with the government to ensure peace and stability in the Volta Region and the country at large”.

Attached is the full statement by the chiefs: