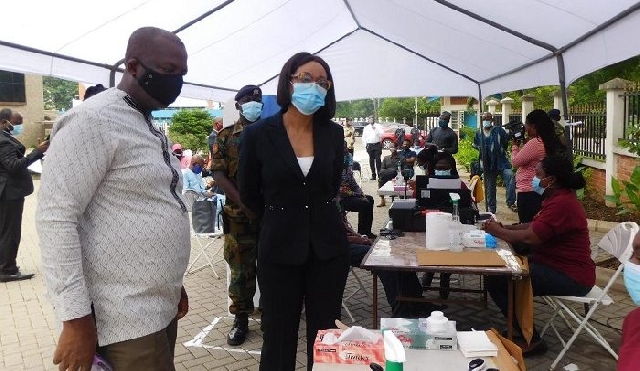 Registration began by 7.15 am in about 52 per cent of the centres

The Coalition of Domestic Election Observers (CODEO) has said registration began by 7.15 am in about 52 per cent of the centres and after 8 am in the remaining 48 per cent of centres across the country during the just-ended exercise.

The Electoral Commission (EC) began the compilation of a new voter roll for the December polls on Tuesday, 30 June and ended on Thursday, 6 June 2020.

The EC, in a bid to capture persons who could not take part in the mass registration exercise, organised a 2-day mop-up exercise on Saturday, 8 and Sunday, 9 August 2020.

In a preliminary report on the exercise covering Phases 4, 5, and 6 and the two-day mop-up exercise carried out at the various district offices of the EC, CODEO said it observed that: “Daily registration started on time (by 7:15 AM) in about a half (52%) of the observed centres, but it started after 8AM in the remaining 48%”.

Also, it said “stationed security personnel were present at a majority (62%) of the centres but absent in a significant number of centres (38%)”.

“BVR kits functioned generally well, except in a few instances (6%) where, at some point in time in the course of the exercise, there were some challenges with the devices (unresponsive devices, camera and logging-in challenges, and difficulties with the fingerprint scanners).

“The challenges with fingerprint scanners were the most commonly reported”.

CODEO also observed that: “There were still challenges with adherence to the COVID-19 health and safety protocols at some registration centres. For example, in 21% of cases, social distancing was not strictly enforced.

“At a few registration centres (2.6%), some people attempted to physically prevent some registration applicants from registering instead of using a ‘Challenge Form’.

It indicated that: “There were also a few reports about abuse of the ‘challenge’ provision as some political party agents of the NPP and the NDC engaged in what seemed to be arbitrary challenge of persons they suspected of belonging to the other political party. This for instance happened during the mop-up exercise at the district office of the EC in Jomoro in the Western Region.