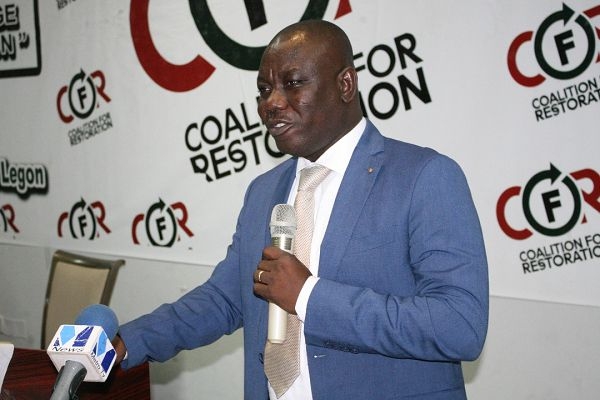 The Member of Parliament for Bolgatanga Central, Mr Isaac Adongo, has indicated that the Vice-Presidential position is a leadership role and does not necessarily require the expertise of an economist.

According to him, even though the Vice-President leads the government’s Economic Management Team, the role is “not a profession-based, subject-matter role; it is a leadership role.”

He explained that the Vice-President is required to lead and “provide hands-on economic management of state institutions mandated to deliver on agriculture, manufacturing, services, infrastructure, natural resource governance and social protection” among others, adding that the recently-named running mate to former President John Mahama, Professor Jane Naana Opoku-Agyemang, is fit for the slot because “Ghana badly needs a dignifying leader of high credibility and an achiever to redefine and restore the cherished image of the Office of the Vice-President.”

Mr Adongo described Professor Jane Naana Opoku-Agyemang as “a special gift to Ghana” given by former President John Dramani Mahama to redeem the office of the Vice-President.

Mr Adongo said the nomination of Professor Jane Naana Opoku-Agyemang as the Vice-Presidential candidate of the NDC would pave the way for hardworking and qualified women to target the highest job in service to the country.

“We have shown the capacity to tolerate and nurture the talents of everybody, especially women. By appointing Professor Jane Naana Opoku-Agyemang as running mate, the visionary and inclusive former President Mahama is giving confidence to women and hand-holding them into the apex of the political ladder in Ghana,” he said.
“The Presidency has been the sole prerogative of men since independence in 1957. Indeed, the appointment of Prof Naana Jane Opoku-Agyemang provides Ghana and Africa, as a whole, a rare opportunity to tap the enormous benefits of, not just a woman, but a lady of strong acumen, of international repute, as the second-in-command in the management of the nation. This is unparalleled in our nation’s history,” he added.