We will live up to values of fairness, transparency and integrity – EC 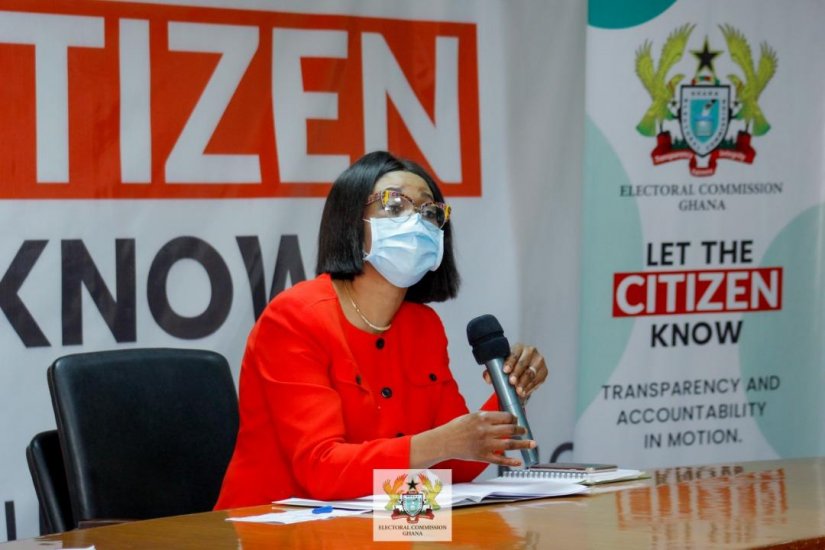 Accra, July 17, GNA – Mrs Jean Mensa, Chairperson of the Electoral Commission (EC) has given the assurance of the Commission’s commitment to fairness, transparency and integrity ahead of the December general election.

She said that commitment informed the Commission’s regular engagement with the media and other stakeholders and called for support of all.

Mrs Mensa said this at the Commission’s fourth, “Let the Citizen Know” encounter in Accra.
She said the voter’s registration exercise was progressing steadily, but the Commission needed the support of the media and other stakeholders for a successful exercise.

Mrs Mensa reminded the media that as one of the Commission’s key stakeholders, its role was crucial for the compilation of a credible voter’s register and the conduct of a free and fair elections and tasked practitioners to report the truth and be factual in the spirit of transparency and justice.

She appealed to the citizenry to disregard reports that figures put out by the Commission were bloated, saying “it cannot be so.”

Mrs Mensa said bloated figures could be human errors and that the process made room for due diligence, adding, when the Commission’s attention was drawn to the mistakes, “We admit and correct them.”