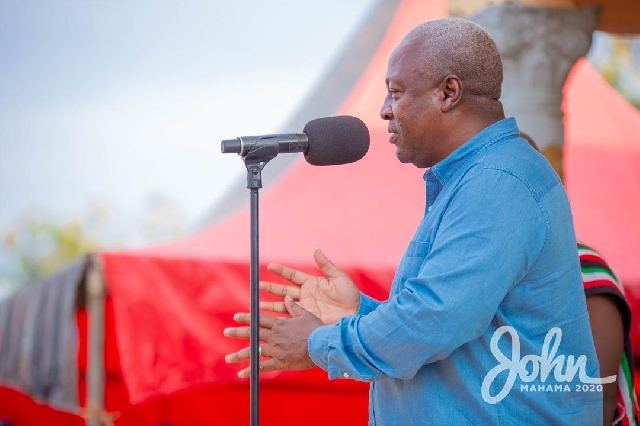 Former President John Mahama has said the Electoral Commission’s ongoing voter roll exhibition has been fraught with “so much disorder, anarchy and chaos”, adding that the election management body has exhibited “legendary incompetence” with the entire electoral process ahead of the 7 December 2020.

The flagbearer of the biggest opposition party, the National Democratic Congress (NDC), told party supporters in the Bono Region on Tuesday, 22 September 2020 that since the EC started the voter register exhibition, “many have gone to check and in many places, there are anomalies, several anomalies that our party has detected”.

“We want electoral observers to come lone in advance; international election observers must be deployed long in advance to supervise the electoral process going into the election. We will make a major statement on this matter in due course, very soon”, he said, adding: “But in the meantime, I’ll suspend the campaign in the Bono Region, there are several constituencies that were expecting us today and tomorrow and the day after. I wish to apologise to them. As soon as this matter is addressed in Accra, I’ll quickly come back and finish the tour of the Bono Regio