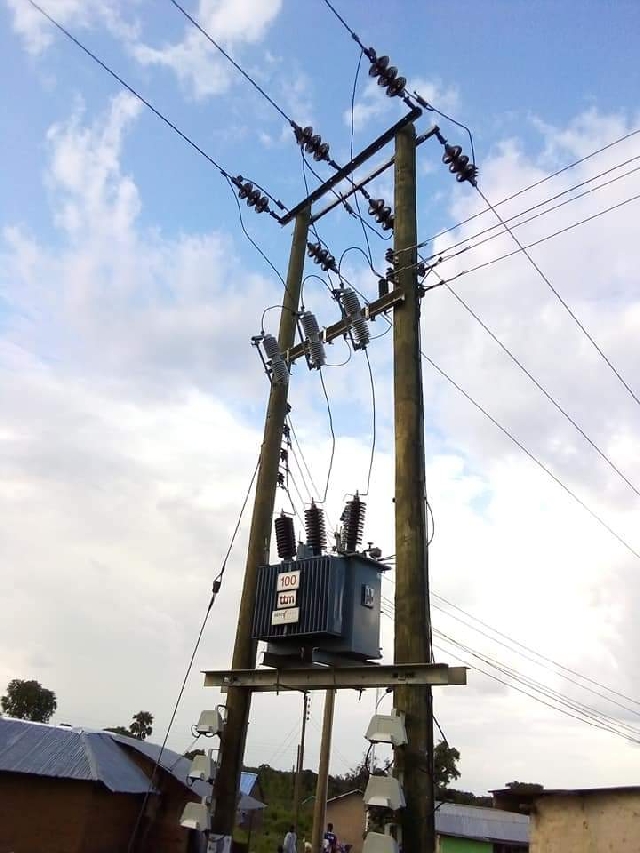 Soalepe in the West Gonja municipality of the Savanna Region, has been connected to the national grid by the governing New Patriotic Party’s parliamentary candidate for the Damongo Constituency, Mr Samuel Abu Jinapor, who is also a Deputy Chief of Staff.

Last year, the assemblyman for the Achubunyor-Jonokponto electoral area, Kipo Yakubu, in an interview with Bole-based Nkilgi FM, pleaded with the authorities to help connect the Soalepe community to the national grid.

A giant billboard was mounted in the community with the inscription: ‘No lights, no vote’ to that effect.

At a short ceremony at the forecourt of the Soalepe community, Mr Jinapor expressed his excitement that he has been able to facilitate the electrification project in the community, adding that it is a dream come true.

He recalled how the chief and the assemblyman for the area, through the Municipal Chief Executive (MCE), urged him to help connect the community to the national grid.

Mr Jinapor disclosed that his next target is how to ensure the youth of the area get employed, especially in the agriculture sector.

The parliamentary candidate said he is committed to ensuring development in the municipality, adding thatt he will do more when given the nod to be the next MP for the Damongo Constituency.

He also indicated that a shea nut processing factory is underway in the Busunu electoral area.

The lawyer, further reiterated that he is not perturbed by his opponents calling him names but rather focused on developing the constituency.

He added that a health post for the area, which he added to the list of problems in the community, has also been established and handed over to the community.

The chief of the community, through his spokesman, thanked and praised Mr Jinapor for the gesture and promised to support his parliamentary bid

The NPP’s former constituency chairman, Nana Kwame Aboagye, and the current chairman, Alhaji Adam Braimah, charged the people of the Soalepe community to vote for Mr Jinapor in the parliamentary elections in the upcoming December polls to show appreciation to him.