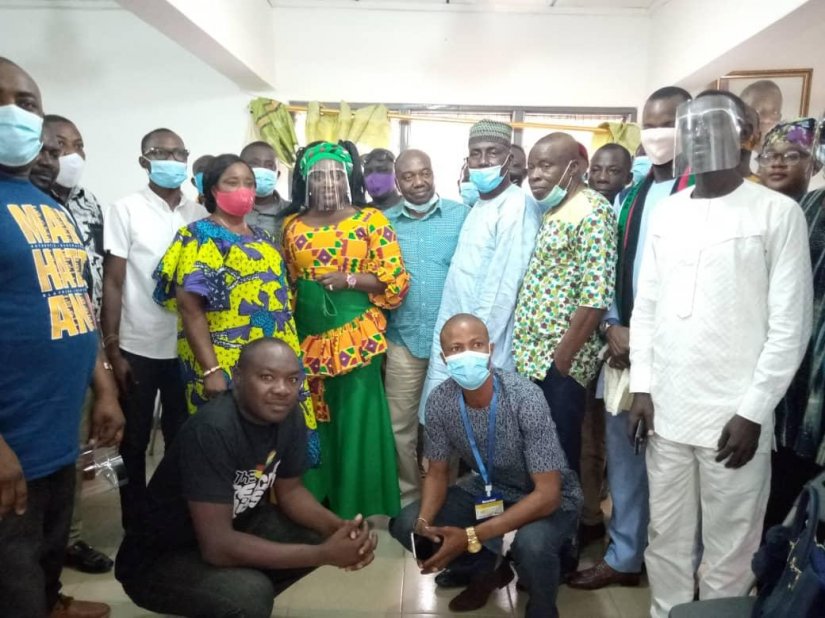 The campaign team according to the Party would be responsible for all the campaign activities of the Party in the Region.

Dr Hannah Bissiw, National Women’s Organizer of the Party who inaugurated the team on behalf of Mr John Dramani Mahama, flagbearer of the Party, tasked members to give off their best to ensure a resounding victory for the Party in the December polls.

The Women’s Organizer entreated the campaign team members and especially women across the Region to work hard towards the victory of the NDC.

She indicated that the appointment of Professor Naana Jane Opoku-Agyemang as the Party’s Vice-Presidential candidate was a clear indication that the Party believed in the efforts of women.

The campaign team is chaired by Mr Michael Aidoo, Regional Chairman of the Party with Mr Robert Kofi Agyekum as the Head of Operations and Mr Sam Jerome as Head of the Media Committee.

Mr Michael Aidoo commended the Electoral Commission for the smooth conduct of the just ended voters’ registration exercise and assured the leadership of the NDC that the campaign team would do everything within their power to ensure victory for the Party.

He was optimistic the NDC would win all the nine parliamentary seats in the Western North Region.