Western Togoland attacks: ‘I smell an elephant in the Volta Region’ – Toobu 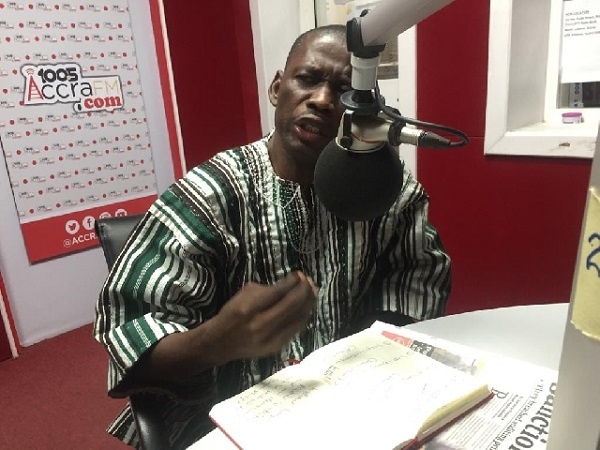 The National Democratic Congress’ (NDC) parliamentary candidate for Wa West, Mr Peter Lanchene Toobu, has said: “I smell an elephant in the Volta Region” regarding the recent insurgency of various separatist groups who derive their roots from a group identifying themselves as Western Togolanders who are demanding independence of Ghana.

According to the former Executive Secretary to the IGP, he finds it surprising and disgraceful that the Ghana Armed Forces and Ghana Police Service, who are of respected internationally for their professionalism and expertise, have not been able to deal with the secessionist groups, a situation, he says, makes him suspicious about those behind the secessionists.

“From the level of understanding of my security position, from what is happening in the Volta Region and if listen to Kelvin Taylor’s video, it is appearing that the government is stirring up certain things in the Volta Region, otherwise, if the instigators of the recent violence in the Volta Region are really separatists, the army would have dealt with them in less than a week”, the retired police officer told Kwabena Prah Jr on Accra100.5FM’s morning show Ghana Yensom.

In his view, if the Western Togoland separatist groups are really those behind the violence and skirmishes in the Volta Region, “then the Ghana Armed Forces must face them bullet for bullet; boot for boot because that is what they bring”, adding: “When somebody is attacking you with bullets, you don’t go talking”.

He said: “If the government says it won’t negotiate with the separatists, then it means they know it is a full attack on our sovereignty. So, if it’s a full attack, then how the army is handling the insurgency is not how it should handle the matter”.

“I’m not suggesting that they should be violent but what I’m saying is that if the government knows these secessionist groups are intent on attacking Ghana to disgrace the country, then they should allow the Ghana Armed Forces to deal with them”, he insisted.

Speaking on the same programme, Mr Collins Owusu Amankwa, MP for Manhyia North, and Deputy Chair of the Defence and Interior Committee of Parliament, told Prah Jr that: “I’m surprised that because of cheap politics, somebody will say the government is not committed to beefing up security in this country and dealing with the separatists”.

Mr Amankwa said the government will not negotiate with the secessionists now will it allow them to “gain roots and become entrenched”.

“The time is now to deal with them”, he said, indicating: “The pursued cause has been overtaken by time and events. That chapter has been closed”.

Meanwhile, President Nana Addo Dankwa Akufo-Addo has said the government will deal with the secessionist groups, sayging: “It is just a handful of people; these secessionists”.

“I trust the security agencies, the armed forces, the police, I trust their leadership and intelligence agencies and I know they are all working very hard to make sure that this matter is dealt with as quickly as possible.”

Nana Akufo-Addo said this in an interview on Accra-based Hello FM in Kumasi on Wednesday, 30 October 2020.