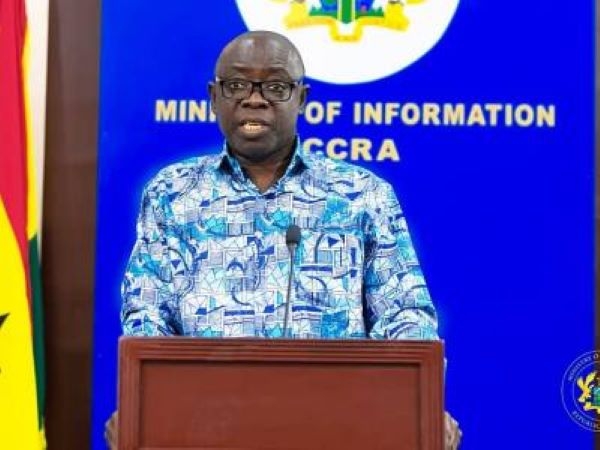 The Ministry of Lands and Natural Resources has said it is working to reconcile the discrepancies in the number of excavators seized during the fight against illegal mining.

According to the Ministry, there were discrepancies in the figures given by Operation Vanguard and Galamstop.

This was disclosed by the Minister of Lands and Natural Resources, Mr Kwaku Asomah-Cheremeh, while addressing the press in Accra on Wednesday, 21 October 2020.

He said: “Following the decision by Cabinet in March 2020 for this ministry to take direct responsibility to streamline and manage small-scale mining activities, the ministry decided to take inventory of various equipment that were seized by the Inter-Ministerial Committee on Illegal Mining.

“The Ministry has toured a number of locations to take inventory of these equipment, especially excavators.

“This exercise has resulted in the citing of 157 excavators currently located at the following sites: Adentan – 122 excavators, Obuasi – 26 excavators, Tarkwa – 9 excavators.”

The Minister further noted that: “The Ministry is currently working on reconciling these figures, which were, hitherto given by Operation Vanguard and Galamstop.

“We’re making effort to reconcile these figures but for now, this is what we have counted at the sites mentioned.”

He also added that the Ministry is working together with the Attorney General’s office to ensure that the Mineral and Mining Act is complied with.

“Again, the Ministry is working with the office of the Attorney General to ensure full compliance with the mineral and mining Act 2006 as amended by the 2019 Minerals and Mining Amendment Act 995 especially sections 9 and 10,” the Minister stated.