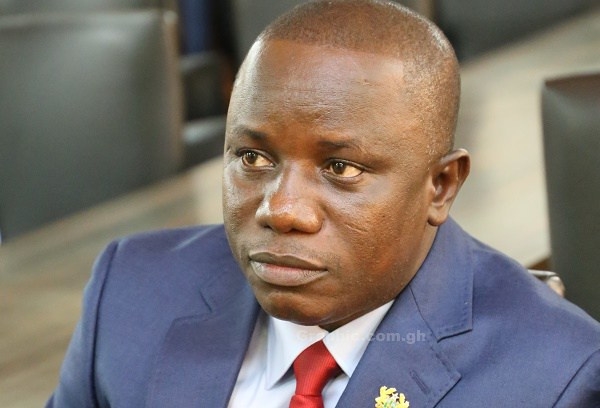 He has, therefore, wondered why, in his view, season military officers in the Ghana Armed Forces, are allowing themselves to be manipulated by the Bimbilla MP in allegedly preventing Ewes from taking party in the near-ending voter registration exercise being undertaken by the Electoral Commission of Ghana.

“The most surprising one and the disgusting one is that the military men that I do know, senior men in the military, who know what defence and security is all about, have allowed themselves for Nitiwul, who does not know anything about security systems in our country, [to be] misusing them”, Mr Agbee told Valentina Ofori-Afriyie on Class91.3FM’s 505 news programme on Monday, 3 August 2020.

“Who is Nitiwul? Where does Nitiwul actually come from?” he asked.

“He [Nitiwul] has no knowledge about security”, Mr Agbee insisted.

“He only did finance and finance is totally different from military”, he pointed out.

“When you study corporate finance and you study finance, it doesn’t mean that you understand what security is all about and the security men that I do know, they know that security is about the sovereignty, the protection of civilians”, Mr Agbee noted.

Meanwhile, Mr Nitiwul had earlier denied allegations made by former President John Mahama that the Akufo-Addo government is using the military to prevent Voltarians and non-Akans from taking part in the voter registration exercise.

The lawmaker said: “If there will be any movement, then it’s going to be cargo”.

Mr Mahama had said in a statement that: “This is not the Ghana our forebears toiled for and built!”