Will Cristiano Ronaldo play against Barcelona and Messi in the Champions League? 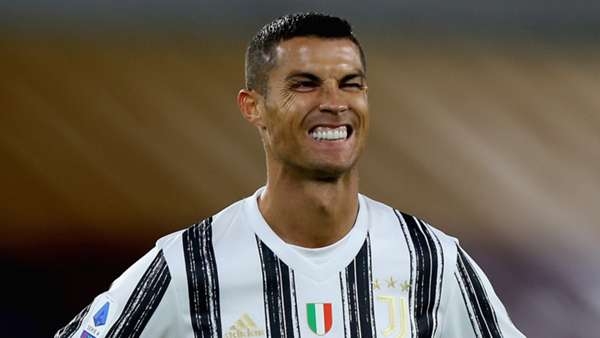 Portugal and Juventus were dealt a blow when their talisman was deemed to be coronavirus positive, but how long will it affect his availability?

Cristiano Ronaldo has followed Zlatan Ibrahimovic and countless other high-profile footballers in contracting Covid-19, with doubts now cast over his availability for Juventus‘ upcoming game against Barcelona.

News of Ronaldo’s positive coronavirus test result was confirmed on October 13 while he was away on international duty with Portugal and, while the 35-year-old displayed no symptoms, he is now ruled out of action.

Exactly how long he will be unavailable for is unclear, but the Bianconeri will be hoping that he returns sooner rather than later, with a number of crucial games coming up on the domestic and continental fronts.

So, will he be able to rekindle a rivalry and play against Lionel Messi? Goal takes a look at the games Ronaldo is set to miss.

Will Cristiano Ronaldo be available for Juventus vs Barcelona?

Juventus are hopeful that Ronaldo will be available for Juventus’ Champions League clash against Barcelona and his old foe Messi.

However, it will depend on his being Covid-19-free for at least one week before the game, which is due to be played on Wednesday October 28.

The Portugal international will spend a 10-day period in self-isolation, which will bring him up to Friday October 23, and he will be tested during the isolation stint to check his status.

Occasionally, if it is established that a positive test was a ‘false positive’ – usually if a number of subsequent tests return a negative result – public health authorities may allow an earlier return to action.

Such an outcome, however, will ultimately be decided by UEFA and Italian authorities.

Of course, Ronaldo’s potential involvement in the game will also rely on his avoiding any other injuries, which would naturally scupper his chances of playing.

Which games will Cristiano Ronaldo miss after testing positive?

Ronaldo is set to miss at least three matches due to his positive Covid-19 result and potentially more if it cannot be demonstrated that he is free of the virus.

He will also miss Juventus’ Serie A game against Crotone on October 17, as well as their Champions League group-stage opener against Dynamo Kiev on October 20.

It is possible that he will be ruled out of Juve’s game against Verona on October 25, depending on whether he can be said to have been Covid-free for the specified period of time.

Ronaldo was said to have been confused by the positive test result, with Portugal boss Fernando Santos revealing the player’s eagerness to play, so it seems likely that he will be back on the pitch sooner rather than later.

“He is managing the situation very well. He is in the room, saying he wants to play, he talks to us from upstairs [from his balcony],” Santos told reporters after the diagnosis.

“He is completely asymptomatic, he is okay, without any symptoms, he doesn’t even know what happened to him.”