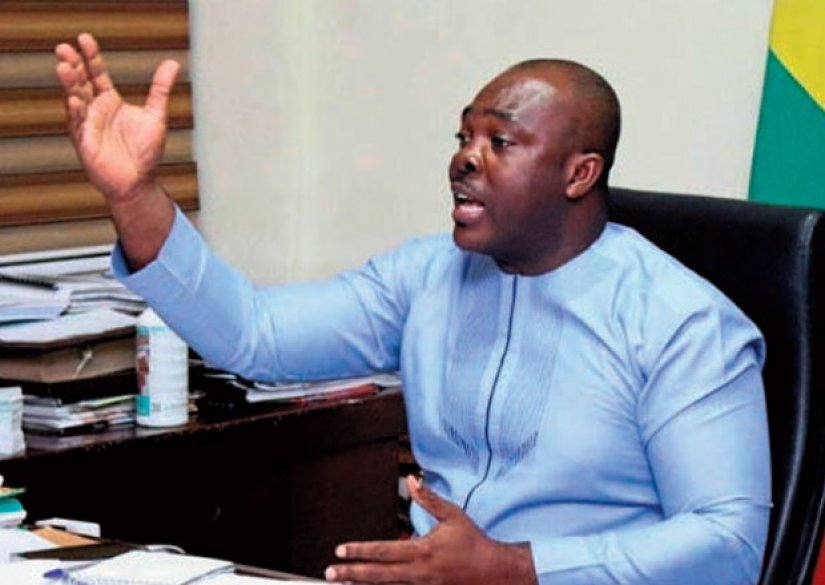 The project is estimated at a cost of Gh 27 million cedis and is being sponsored by the Middle Belt Development Authority as part of the one million per constituency project.

Expected to be completed in two years, the stadium complex would consist of close to 10,000 seater capacity, a standard FIFA pitch with the capacity to host international football matches.

Other ancillary facilities would include eight-lane tartan tracks, a gym center, restaurant, the multipurpose court for tennis, and a hostel facility to house sportsmen and women of about 20 sporting disciplines.

The Minister said since the New Patriotic Party (NPP) government took over power, most of the sporting facilities in the country were in a bad state and neglected.

He noted that the government was determined to promote sports across the country and therefore instituted measures to renovate the Accra Sports Stadium, which is in good shape now to host sporting events.

Mr. Asiamah mentioned that renovation works were ongoing at the Essipong and the Kumasi sports stadiums, whiles that of Tamale would begin soon.

Mr. Joe Danquah, Chief Executive Officer of the Middle Belt Development Authority, said his outfit had constructed 10 standard Astroturf pitches in the Eastern Region at a cost of Gh 22.1 million, whiles five others were also under construction.

He commended the government for renovating and reconstructing sporting infrastructure in the country to serve to improve sports in the country.