Yemen – Over 1,000 prisoners to be freed in largest prisoner swap 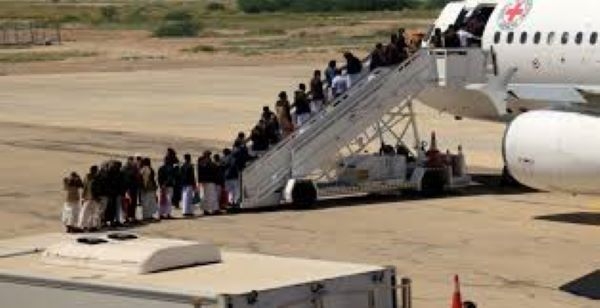 The warring sides in Yemen’s long conflict will exchange some 1,081 prisoners on Thursday and Friday, under a deal struck in Switzerland last month, a senior rebel official said.

“The transaction will be executed, with God’s help, on the scheduled dates today and tomorrow,” Abdel Kader Mortaza, the rebel official in charge of prisoner affairs, said in a tweet on Thursday.

“The preparations have been completed by all parties,” he added.

Yemen’s government, which is supported by a Saudi Arabia-led military coalition, Houthi rebels resolved to swap some 15,000 detainees as part of a peace deal brokered by the United Nations in Stockholm back in 2018.

The two sides have since undertaken sporadic prisoner exchanges, but this week’s planned swap would mark the first large-scale handover since the war erupted in 2014.

UN envoy Martin Griffiths hailed it as a “very important milestone” when the agreement was struck after a week of talks in Switzerland last month.

A spokeswoman for the International Committee of the Red Cross (ICRC), which is handling the logistics of the operation, said their teams were present at a number of different airports involved in the transfer.

“If everything goes as planned, the release operation will hopefully happen in the coming few hours,” she added.

An ICRC aeroplane which is expected to carry Houthis released from captivity by the coalition has landed in Sayoun airport in the government-held Hadramout region, a Reuters witness said.

On its part, Al Masirah TV, which is controlled by Houthis, said the first group of prisoners was expected to arrive on Thursday at the international airport in the rebel-held capital Sanaa.

Two other planes expected to take members of the Saudi Arabia-led coalition freed from detention by the Houthis landed in Sanaa airport, Reuters witnesses said.

The planned prisoner exchange comes after the release on Wednesday of two Americans held captive in Yemen, in an apparent swap for some 240 Houthi supporters who were allowed to return home after being stranded in Oman.

Commenting on the exchange, Nabeel Khoury, a senior researcher at the Atlantic Council for Studies said the timing of the prisoner exchange was key.

“The timing is good for the Donald Trump administration. It is one more thing for him to boast about returning US citizens before the elections,” Khoury told Al Jazeera.

The rebels also sent back the remains of a third American who died in captivity.