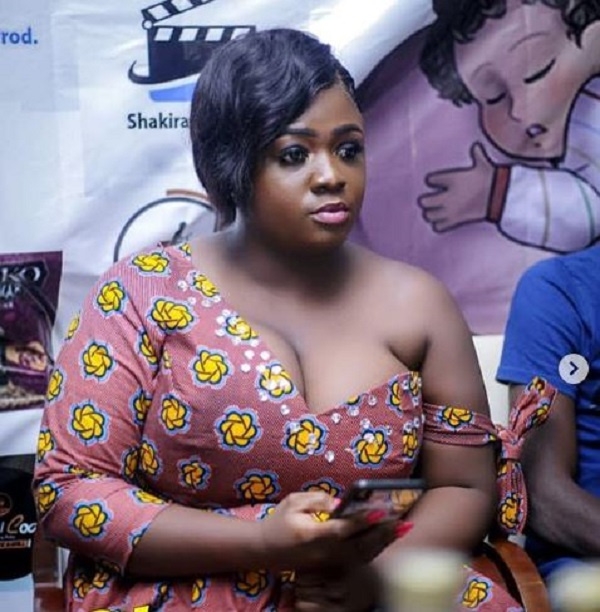 Kumawood actress and movie producer Tracey Boakye has cautioned the Film Producers Association of Ghana (FIPAG) against suspending her.

She indicated that, in the first place, she is not and has never been a member of the Association and, therefore, the suspension is needless.

Tracey stated that she has been operating in the film industry for eight years as an independent producer without any help whatsoever from FIPAG.

“I have been doing movies for the past eight years and no-one has reached out to me before. I even produced my own movies and was the first Kumawood actress to premiere a movie outside the country and FIPAG did not even congratulate me,” she said.

FIPAG released a statement on Monday, 10 August 2020, saying that the Association has indefinitely suspended the outspoken actress.

The Association’s action comes on the back of a recent social media fracas between the actress and musician Mzbel over a said sugar daddy and other related issues.

Signed by the Association’s President, James Aboagye, the statement read, “FIPAG has suspended Miss Tracey Boakye over her use of vulgar words on social media recently. She is not supposed to take part in any activities during this period until the situation is reviewed.

“FIPAG wishes to render an unqualified apology to the general public and the man involved for her behaviour as that display of character does not represent what the film industry stands for or wishes to propagate. We wish that Ghanaians will find a space in their hearts to forgive her,” the statement added.