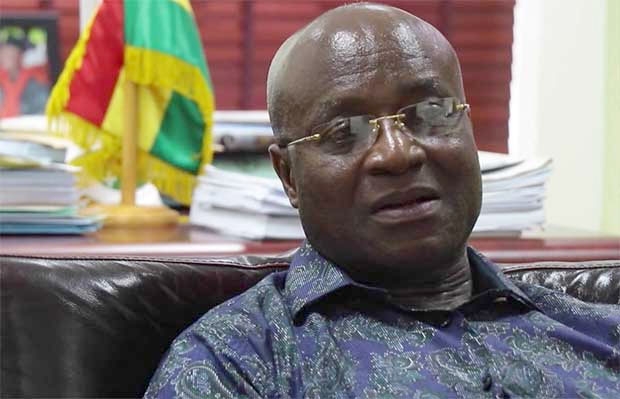 A group calling itself the Concerned Youth of Suame Constituency is calling for a change in who becomes their member of parliament for the constituency after the December polls.

The youth say the current MP who is also Minister for Parliamentary Affairs, Osei Kyei-Mensah-Bonsu has failed to perform in the over 24 years he has been in Parliament.

They lament the bad nature of roads, poor drainage systems and the lack of hospital facilities in the constituency.

Addressing a press conference in Kumasi on Wednesday, 26 August 2020, Public Relations Officer of the group, Kofi Agyei said the youth have resolved to support an independent candidate, George Prempeh, who they believe can execute their development agenda.

Mr Agyei said: “The 24 years of incompetent leadership in the Suame constituency is enough. After all, the 24 years has not yielded any positive impact on the constituents. Only have we lived on dilapidated road infrastructure, poor drainage system, no hospital facility and no additional educational infrastructure.

“We with grief concern, therefore, have thoroughly done a search and have gotten someone with a high personality to contest in the name of Suame constituency as an independent candidate.

“He is in the person of Mr George Prempeh”.

In August 2017, Mr Kyei Mensah-Bonsu said the trend where experienced Members of Parliament (MPs), especially on the side of the New Patriotic Party (NPP), are voted against by their delegates in the party’s internal elections thereby allowing novices to enter Parliament is affecting the quality of debate on the floor of the House.

According to him, debates in Parliament on the side of the NPP have been left on the shoulders of a few MPs due to the inability of the other MPs to make contributions on the floor.

Speaking during the NPP’s delegate’s conference in Cape Coast on Saturday, 26 August 2017, Mr Kyei Mensah-Bonsu said: “Generally speaking, the party is left poorer as a result of high attrition rate. Let us reflect… Are we building the party or bringing the party down?

“So if you are not hearing much about your MP in Parliament, it is in part, because you are not growing the party in your constituency.

“Let us reflect critically on what to do to reposition the party in our various constituencies.”