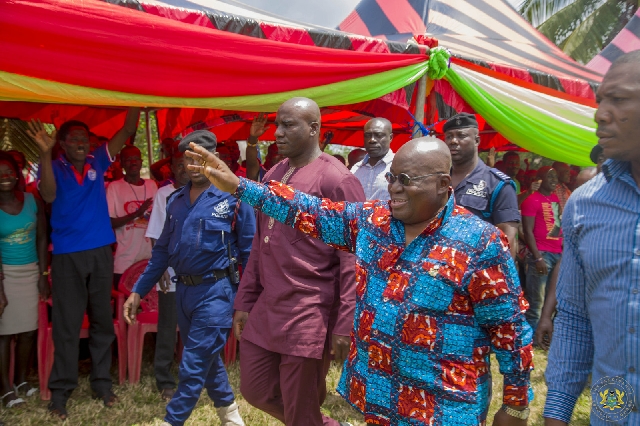 President Akufo-Addo has appealed to the people of the Sene East constituency to change their voting pattern and vote massively in favour of the New Patriotic Party (NPP) in the upcoming 2020 elections for the first time.

Addressing the chiefs and people of Kajaji on 8 September 2020 as part of a  six-day working visit to the Bono East, Bono and Ahafo Regions, he noted the “one-way” voting pattern the people have subscribed to since 1992 has not brought significant development to them.

He, therefore, urged the constituents to vote for the ‘elephant’ party in both the parliamentary and presidential elections, adding that the NPP’s capabilities in office are evident enough to earn them another chance in the December polls.