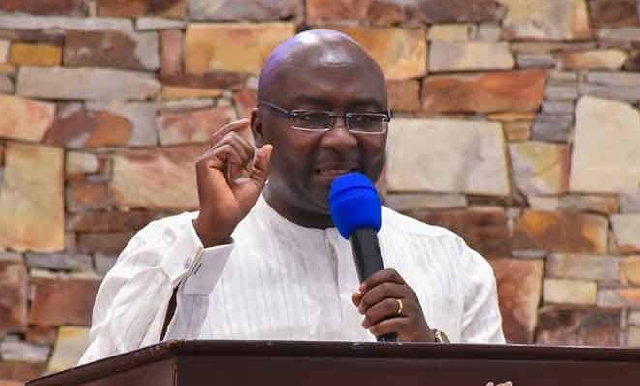 Different secessionist groups who claim to be Western Togolanders, have launched attacked in different parts of the Volta Region in recent times.

Speaking on the issue for the first time, Dr Bawumia said: “This criminal behaviour in Ho, in the Volta Region that is going on, I think all Ghanaians should be worried, not just me”.

Narrating the history behind Ghana’s nationhood, Dr Bawumia recalled that “there was a plebiscite in 1956 prior to Ghana’s independence for the people of the then-Western Togoland to decide whether or not they wanted to join Ghana”.

“And there was a majority in joining Ghana and in the legislature, there was a discussion as to what type of Ghana are we going to have? A unitary Ghana or a federalist Ghana?

“But the debate took place in parliament and the vote took place and we opted for a unitary Ghana. So, at that time, the boundaries of Ghana were determined. In fact, most of the southern Volta was not part of the plebiscite.

“So, today, if you say Western Togoland, it must be a figment in your imagination. It does not exist”, Dr Bawumia said.

“There’s no issue about losing one inch of the land of Ghana across, it’s already determined. So, there is a clear situation that we have some criminals are trying to misrepresent history and engage in criminal activity.

“And, so, what you are seeing, the attacks you are seeing are nothing but criminal activity and from that point of view, all of us should be worried and we should do everything and we will do everything that we can from the security perspective”, Dr Bawumia noted.